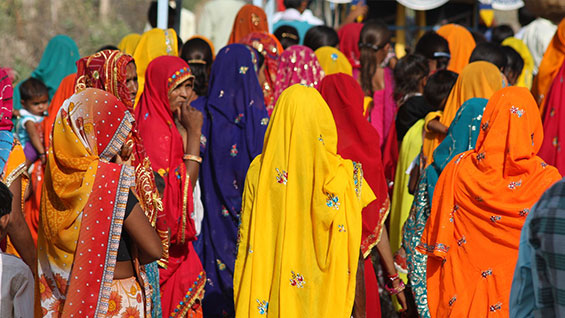 Keys  to this India investment story are population and purchasing power. By 2035, the UN projects India’s population will have reached almost 1.6 billion, on its way to a peak of almost 1.7 billion by the early 2060s. India is the world’s third largest economy measured in purchasing power parity terms and, on some measures, will be the fastest growing large economy in the world in coming years.

As Australia’s former chief diplomat Peter Varghese notes, since 1970, India’s real GDP per capita has increased fivefold. Millions of people have been lifted out of poverty, and a consumer-class has emerged that, since household consumption accounts for 60 per cent of India’s GDP, is grounds for optimism.

In the words of the International Monetary Fund’s India mission chief Ranil Salgado, the $2.6 trillion elephant that is the Indian economy is starting to run. The IMF forecasts growth of 7.3% in in the year to March 2019 and 7.5% the following year. In contrast, China’s growth is forecast to slow to 6.4 per cent next year from 6.6 per cent in 2018.

India’s top companies are shining too. Despite geopolitical ructions putting a dent in performance in the last few weeks, the benchmark Nifty 50 index has posted gains of up to 11.5% this year, even as the MSCI Emerging Markets index plumbs 12-month lows. The country’s two largest companies by market capitalisation, Tata Consultancy Services and Reliance Industries, have both been among the Nifty 50’s best performing stocks this year, rising 53% and 43% respectively.

Additionally, India’s middle class is tipped to eclipse that of America by 2022, according to the Brookings Institution.

Another key factor in the mobilisation of India’s middle class is banking reform. There has been a boost in the number of bank accounts due in part to a crackdown on black money and the shadow economy. Since his election win in 2014, Prime Minister Narendra Modi has embarked on the kind of macro reform economists welcome, including a bid to formalise the economy, widen the tax base through GST, and a campaign to curb red tape and corruption. But it’s not been without hiccups.

Recall the chaos following his decision to demonetise 500- and 1000-rupee notes, which account for 86% of the currency notes in circulation. Over time, however, bank queues have thinned and there’s potential for long-term benefits.

“The shadow economy will be forced to pay taxes and cash-based corruption will become more difficult,” says Nikko Asset Management portfolio manager Anuja Munde. “The Indian economy will benefit from higher GDP on a reported basis and a higher tax-to-GDP ratio from proper reporting of income in the future. The demand for real assets, such as gold and real estate, will come down and lead to higher financial savings.”

This is perhaps why some of India’s banks are catching the attention of fund managers. Platinum Asset Management’s Asia fund includes two Indian banks. Among the fund’s top 10 holdings is Axis Bank, which it sees as “one of the nimble, well-run private sector banks taking share from India’s sleepy public sector banks in India’s vibrant economy”.

In there too, is Yes Bank. Platinum expects its credit growth to accelerate, describing it as “a well-run private sector bank, stealing share from dozy incumbent public sector banks.”

Despite Varghese’s upbeat note, he is alive to the challenges marking India’s investment landscape. India’s energy sector for instance is characterised by monopoly players, state-run corporations, controlled pricing and high barriers to market entry. Alongside are other concerns such as currency fluctuation and restrictive governance.

India’s currency has been the worst performing this year, hitting a record low of 70.3950 against the US dollar on 16 August. Although it’s worth noting the acclaimed Indian economist Raghuram Rajan, former governor of the Reserve Bank of India, and the man who in 2005 predicted the credit crisis, notes this is due in part to the overall strength of the US dollar.

Another key sector, mining and heavy industries, which accounts for 40% of industrial output, has been sluggish, notes Bloomberg economist Abhishek Gupta, falling to a 10-month low in May due weaker steel and cement output and a contraction in crude and natural gas production.

And then there’s corporate governance. As Morningstar’s David Brenchley recently wrote, many Indian companies are run by families, who may not always prioritise the best interests of minority shareholders.

On the flipside, Brenchley notes mid- and small-cap companies tend to be run by young entrepreneurs who have been educated in the US and UK, and who realise boosting value for minority shareholders also benefits family wealth. That may be so, but for the year to date, however, the Nifty Smallcap 100 has declined by 16.5% while the Nifty Midcap 100 has fallen 6.8%.

India heads to the polls next year, and the world will be watching to see if it can maintain its macroeconomic stability and capitalise on the radical demographic shifts taking place.

A version of this article was originally published on Morningstar.com.au