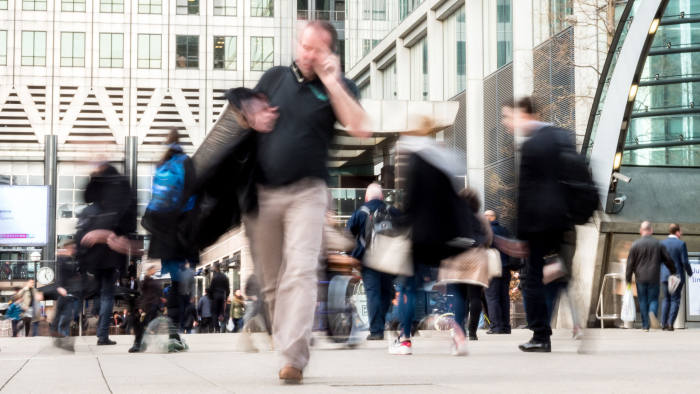 The UK government on Thursday admitted that errors were made in denying some Indian skilled professionals the right to live and work in the UK over a controversial clause in the immigration rules questioning their good conduct and character.

The UK Home Office admitted that around 31 applications will be re-assessed at the conclusion of an internal review into the issue of visa applicants, largely from South Asian countries, being refused settlement rights over perceived dishonesty in reporting their earnings to the country’s tax department.

Among the 31 cases, 12 have been identified as incorrect refusals and will be overturned to give the applicants settlement rights in the UK. The remaining 19 cases will require more information from applicants before reconsidering their cases.

“The Home Office will contact each of the 31 individuals concerned to resolve their cases by the end of December. Errors of this kind are always regrettable, and I do not seek to minimise the impact that the error may have had on the individuals concerned,” UK immigration minister Caroline Nokes said in a statement to Parliament.

“I will also ensure that the findings in this small minority of cases are used to inform our future decision making, to ensure that similar errors are not repeated,” she said.

While individual case information is not openly shared, according to campaigners, a large number of these applicants are from India, with other nationalities including Pakistani and Bangladeshi.

“The review has given us the opportunity to look at all cases and identify a scale of issues. Whilst we believe the majority of these have demonstrated patterns of behaviour that bring into question the character and conduct of applicants, these cases have also given a fresh perspective on the minority of more finely balanced cases, the findings of which we will feed into our future decision-making process,” the Home Office review notes.

The issue involves skilled professionals who were entitled to apply for Indefinite Leave to Remain (ILR), or permanent settlement, after a minimum of five years’ lawful residency in the UK. While the Tier 1 (General) visa they used to enter the country was discontinued in 2011, former applicants were eligible to apply for settlement in the country until April this year if they made up the required number of points on their application.

However, legal experts noted a pattern of many such applications being turned down by Home Office caseworkers citing clause 322 (5) of the UK Immigration Act, a discretionary rule aimed at denying convicted criminals and terrorists the right to live in the UK.

The Home Office questioned the good character of these professionals over apparent differences in their declared earnings to the UK tax department and the Home Office in order to make up the required points on their settlement application.

Nokes, the minister in charge, had launched a review into the cases earlier this year to distinguish between those involving “genuine fraud” and others that may have fallen victim to “overzealous” caseworkers.

Following the publication of the review on Thursday, she stressed that the issue had led to wrong decisions only in minority of cases but that the rule was largely applied correctly.

“Applicants were given the opportunity to explain these discrepancies. In many cases, having taken all the evidence and applicants’ explanations into account, we were not satisfied that these were minor tax errors as claimed, but attempts to misrepresent self-employed earnings, most likely for the purposes of obtaining leave or settlement in the UK,” she said.

The Home Office review examined 1,697 applications refused since January 2015 and found that discrepancies between the earnings declared to the Home Office and those shown on tax records were over GBP 10,000 in 88 per cent of cases (1,490).

However, campaigners who had launched online petitions and lobbied parliamentarians over the issue, focussed on the review’s findings that not all discrepancies were of a fraudulent nature and as many as 65 per cent of appeals in such cases had been allowed by the courts.

On an overall review of the policy of applying clause 322(5) itself, the Home Office review said it is expected that the UK’s Court of Appeal will provide more clarity on many of these issues early next year and it will consider the matter again in the light of the future rulings.

The fact that clause 322(5) was used disproportionately has been established. And now, some of these applicants who have been undergoing an appeals process will continue to be left in limbo well into the new year, said Aditi Bhardwaj, from London-based Eldons Berkeley Solicitors, who had initiated the campaign over the issue.

“At least these migrants can be given some basic rights until the judgment comes from the Court of Appeal, so they can work and feed their children and regain some mental peace, she said.

A test case of four applicants a majority of whom are Indians have been clubbed together by the Court of Appeal, which will determine the future use of clause 322(5) in similar settlement applications. A ruling in the test case is expected in January 2019.