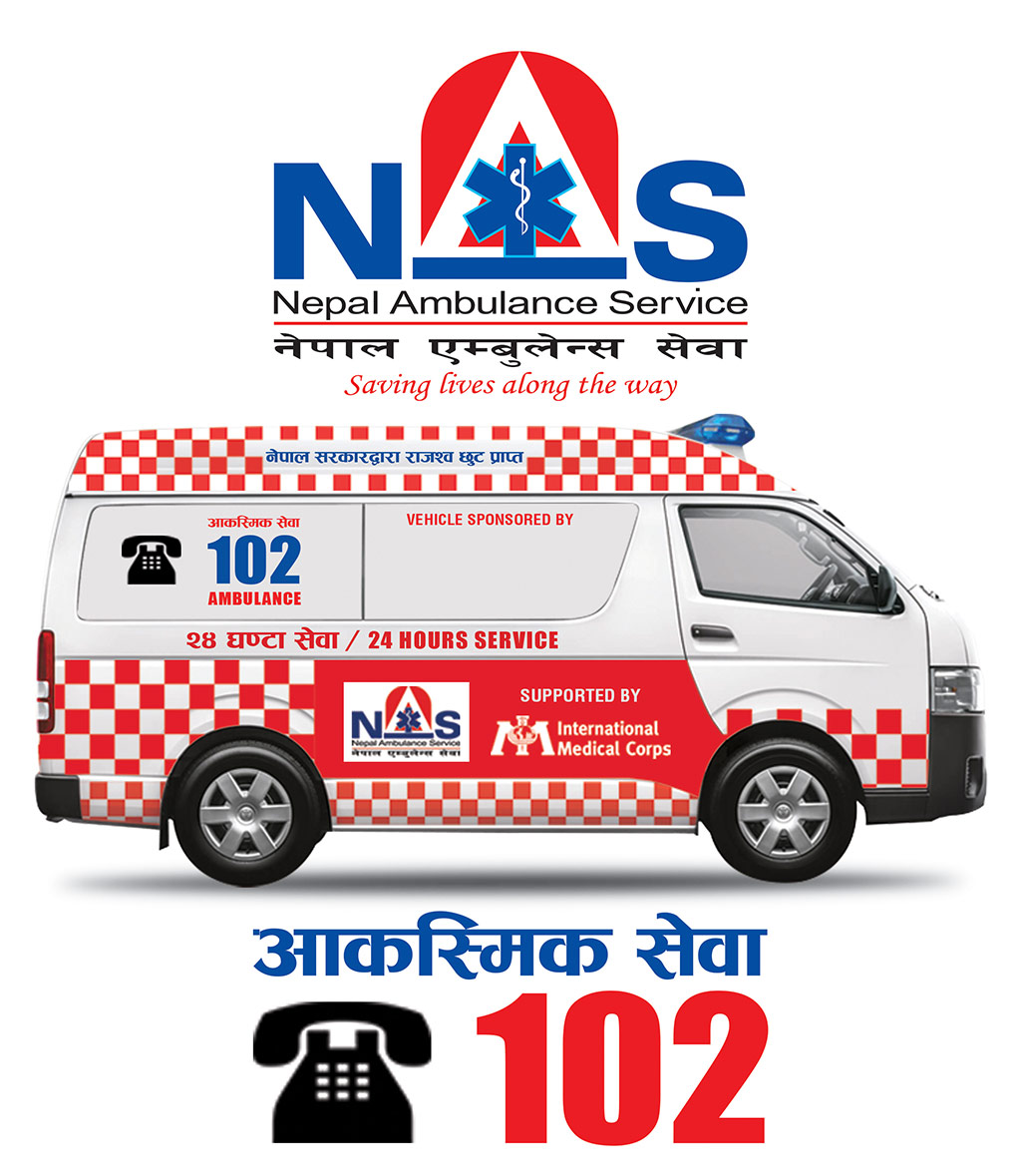 National Ambulance Service of Nepal  has been awarded with the ‘British Medical Journal Awards South Asia 2018’ in the category of ‘Quality Improvement and Patient Safety Team of the Year’. The award was announced at the fifth edition of the BMJ Awards amidst a function organised in Chennai on December 1.

More than 1,500 nominations from across  South Asia in categories were nominated in BMJ South Asia award for this year. The nominees weer in  Excellence in Medical Education,  Healthcare Innovation, and Quality Improvement and Patient Safety Team  of the Year etc.

Nepal Ambulance Service is a non-profit initiative dedicated to the establishment of an emergency medical response system in Kathmandu and Lalitpur. Anyone can avail ambulance service by dialing emergency toll free number 102.

The emergency number is directed to the NAS dispatch centre where an agent screens the call for response details and dispatches the closest available ambulance. NAS is providing international standard health service with the help of emergency medical technicians in each ambulance.

Following are the winners of the prestigious 5th BMJ South Asia Awards 2018.

Winners were presented with a trophy and a certificate in the presence of India’s most senior healthcare professionals, industry executives, government officials, academicians, and researchers.