Bangladesh is most gender equal country in South Asia : WEF 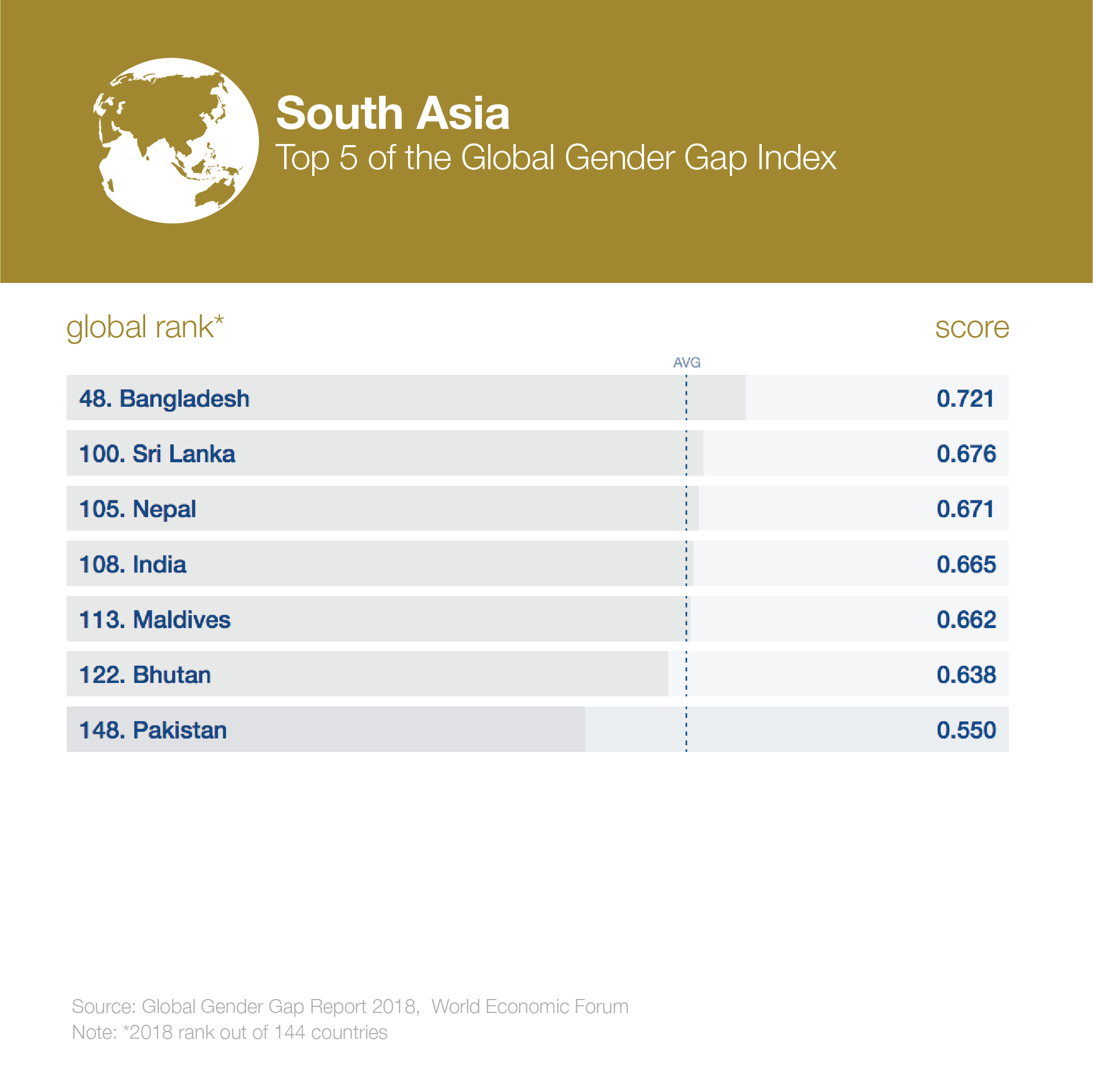 Global Gender Gap Report 2018 published by World Economic Forum’s (WEF) on Monday states that Bangladesh has held its top most position among the countries of South Asia in ensuring gender equality, achieving 48th rank, for the fourth time in a row.

The country has slipped only one score to the 48th position among 149 countries in the world, but still ahead of all other countries in the continent except the Philippines, according to the report.

“Bangladesh consolidates its position as the region’s top performer and breaks into the global Index top 5 on the Political Empowerment subindex this year, recording progress on closing its political gender gap, despite a widening gender gap in terms of labour force participation,” the report said.