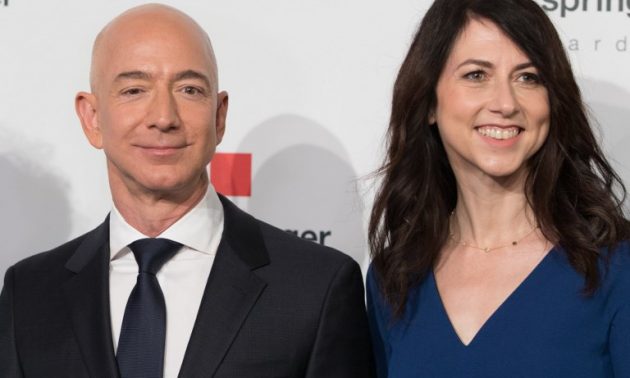 Amazon founder Jeff Bezos, the world’s wealthiest person, announced Wednesday on Twitter that he and his wife MacKenzie Bezos are getting divorced after a long separation.

“We want to make people aware of a development in our lives,” Jeff Bezos, 54, and MacKenzie Bezos, 48, said in joint statement posted to the tycoon’s Twitter feed.

“As our family and close friends know, after a long period of loving exploration and trial separation, we have decided to divorce and continue our shared lives as friends.”

They said they felt “incredibly lucky” for their 25 years together and would remain involved with each other as close friends and parents.

“Though the labels might be different, we remain a family and we remain cherished friends,” the tweet continued.

MacKenzie Bezos is the author of two books, including The Testing of Luther Albright, a psychological novel about a father and his family coping with the aftermath of an earthquake in California.

She was one of the first Amazon employees and in 2014 launched Bystander Revolution, an anti-bullying organization.

The couple, who have four children, met while working at the hedge fund DE Shaw prior to the founding of the internet retail behemoth.

With a fortune estimated at around $137 billion, Jeff Bezos is rated the world’s wealthiest man by Forbes and Bloomberg.

– with reporting by Agence France-Presse