Theresa May’s government has won a confidence motion with 325 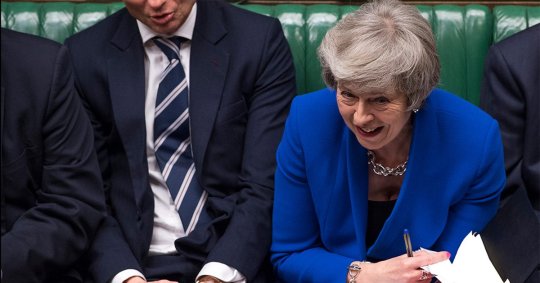 London : Theresa May’s government has won a confidence motion with 325 to 306 votes – just one day after she suffered the biggest parliamentary defeat ever over her Brexit deal.

A new general election was avoided after a majority of 19 MPs showed support in the prime minister, who failed to get backing on her Withdrawal Agreement from 118 of her own MPs on Tuesday.

Labour leader Jeremy Corbyn tabled the vote after May’s deal was rejected by a majority of 230 votes, but ministers were unwilling to gamble with their own positions in Parliament and backed the existing government on Wednesday evening.