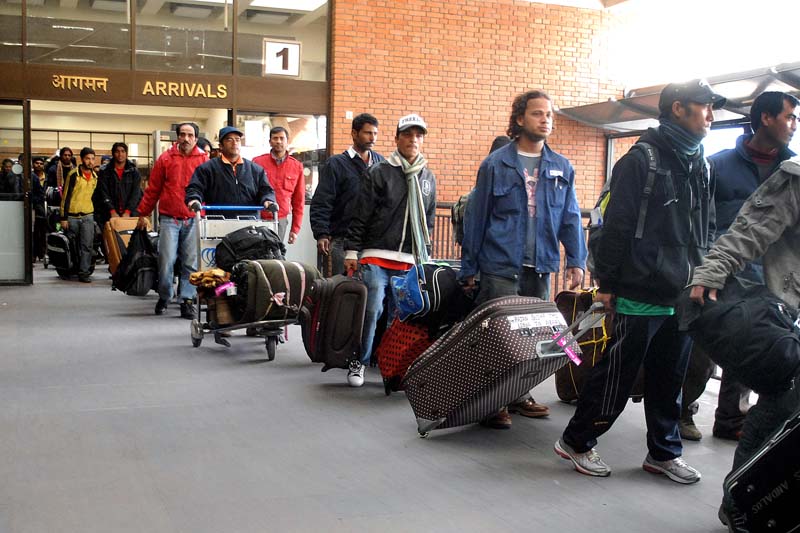 Nepal has received 32 per cent more remittances in the first five months of the current fiscal year compared to the corresponding period last year, despite nearly 40 per cent decrease in the number of people going abroad for foreign employment.

The remittances sent by the Nepalis working abroad reached Rs 376.59 billion, even though the number of labourers abroad declined by around 40 per cent in the first five month of the current fiscal year, a report published by the Central Bank of Nepal said.

In the first five months of the current fiscal year, 92,931 Nepalis left for foreign employment compared to 155,381 labourers who left the country in the corresponding period of the last fiscal year.

Industry experts attributed factors such as inclusion of remittance sent from South Korea through formal channels and appreciation of the US dollar against the Nepalese Rupee.

Earlier, Nepalis working in South Korea used to send back money through informal channels. But these days, they are using formal channels and the remittance received is included in the national statistics, Suman Pokharel, CEO of IME Remit, a leading remittance service provider in the country, said.

Government’s effective crackdown of illegal channels like hundi, through which a significant chunk of remittance was being sent to the country, also contributed to the surge in remittances, the Kathmandu Post reported.