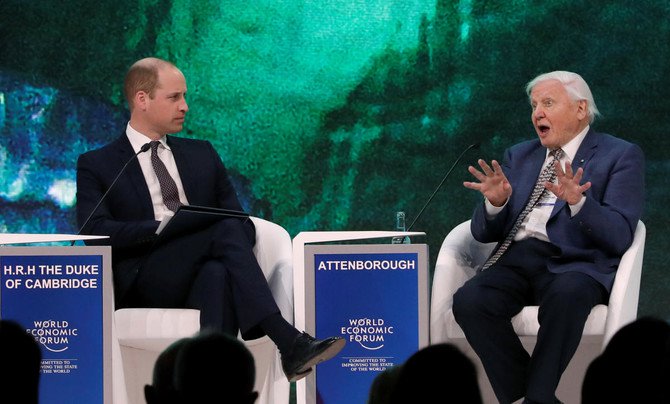 Ross Chainey, World economic forum : Broadcaster and naturalist Sir David Attenborough has played an extraordinary role in connecting people to the wonders of the natural world over the course of his 60-year career.

This week, he has been in Davos to receive a Crystal Award for his leadership in the fight against climate change and to take part in a number of panel discussions on the future of our planet, including a one-on-one interview with HRH the Duke of Cambridge.

Prince William asked Sir David about his life’s work, the perilous state of the natural world, and to share his advice for young people and world leaders on how to better care for our planet.

Here are some key quotes from the discussion:

“The natural world then seemed like an unexplored world… I went to West Africa for the first time and it was a wonderland. You’d just step off from the beaten track… and it seemed to me as a newcomer, unexplored and exciting and everywhere you turned you saw something new.

“The human population was only a third of the size of what it is today… you really did get the feeling of what it might have been like to be in the Garden of Eden.”

“I don’t believe that the child has yet been born who didn’t look at the world around it with those fresh eyes and wonder.

“If you lose that first wonder, you’ve lost one of the most greatest sources of delight and pleasure and beauty in the whole of the universe. Caring for that brings a joy and enlightenment which is irreplaceable. That is one of the great pleasures of life.”

On the impact of technology on filmmaking

“Fifty or 60 years ago… very few people in Britain or indeed Europe had actually seen a pangolin or an armadillo, so it didn’t matter how badly or amateurishly you were, if you showed a shot of an armadillo… people weren’t looking at it critically, they just saw an armadillo… so making natural history films in those days was comparatively easy. Just show the animals and people were astounded.
Vieod :