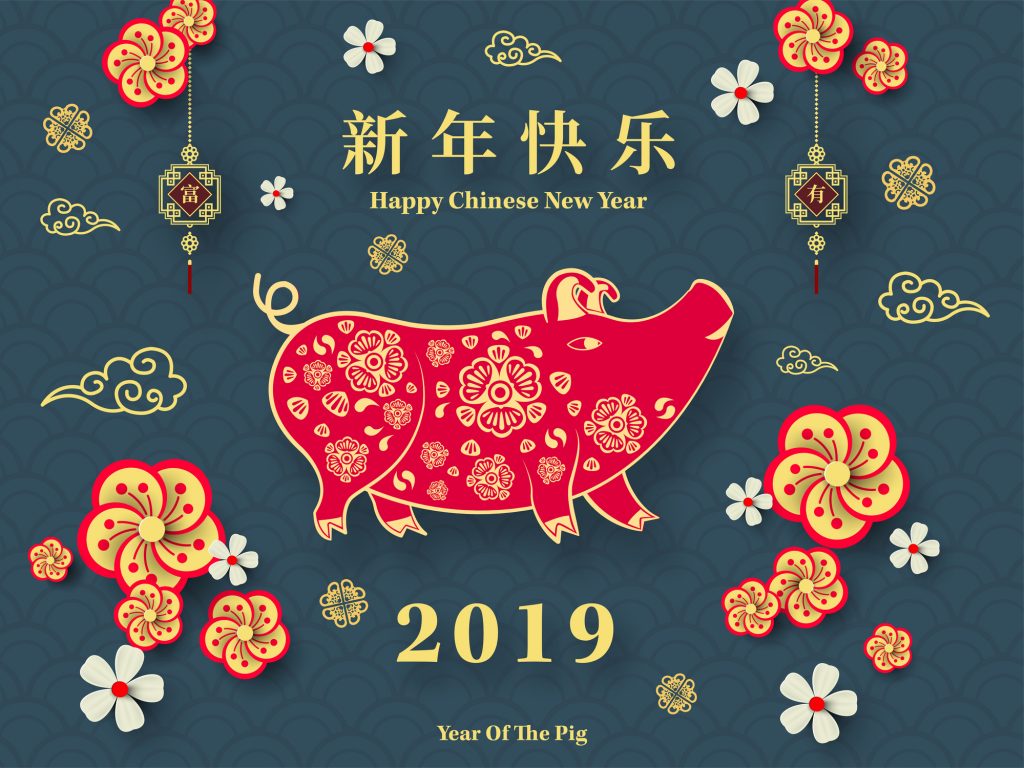 The biggest holiday of the year has begun in China.

Starting Tuesday, relatives will reunite, red envelopes filled with money will be exchanged and massive feasts will be planned to celebrate the Lunar New Year.

Next year’s lunar year begins Jan. 25, according to the BBC.

What’s in a name? People of Chinese descent refer to the Lunar New Year as Chunjie, or the Spring Festival. Because it is celebrated in different parts of the world besides mainland China, Hong Kong and Taiwan, the Lunar New Year has different names, according to National Geographic. In Vietnam, it is called Tet. In Korea, it is called Seollal, and people in Tibet refer to it as Losar.

This year’s animal, the pig, is a symbol of optimism, enthusiasm and hard work, the BBC reported. Coveted signs include the dragon, which is thought to be strong, authoritative and successful. The dog is sincere, loyal and independent, while the rabbit is modest, sensitive and warm. The Year of the Pig was last celebrated in 2007; it will be celebrated again in 2031

Lots of noise: Firecrackers explode all night when the Lunar New Year begins. While the Chinese government has clamped down on fireworks in the cities, smaller towns continue to set off fireworks, according to National Geographic. The fireworks served a major function for Chinese residents, according to the magazine: to scare away Nian. According to legend, the dragon-lion monster would attack villagers and sometimes eat children, but was frightened by loud noises. Nian also does not like the color red, which means lunar new year revelers will be decked out in red, CNN reported.

Seeing red: Red is not just used to scare legendary monsters. In traditional and even contemporary Chinese culture, red is equated with happiness and prosperity, according to National Geographic. If it is your Zodiac year, you should wear an abundance of red to protect against bad luck. For those who do not like red as an outer garment, the Chinese sell red underwear, the magazine reported.