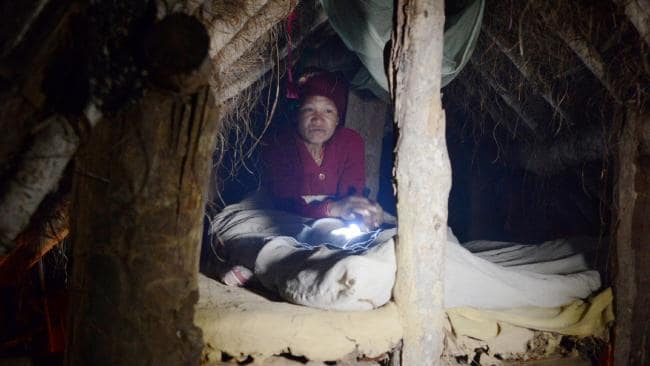 KATHMANDU: Nepal faced urgent calls on Monday to stop women being banished from their homes during their periods after a teenager died sleeping in a hut, becoming the fourth victim in weeks.

Parbati Bogati, 17, suffocated after lighting a fire to keep warm in the windowless mud and stone hut she had been made to sleep in under the centuries-old Hindu practice of “chhaupadi”, which remains prevalent in Nepal despite an official ban.

Her death last week came after a woman and her two young sons died in similar circumstances, prompting a parliamentary investigation and leading local officials to warn families they would be denied state benefits if found practising chhaupadi.

Human rights activists said the government was still not doing enough to stop the practice.

“The punishment is not enough and the government lacks specific policies to eliminate chhaupadi,” said Mohna Ansari, a member of Nepal‘s National Human Rights Commission.

“The existing laws must be revised and a clear plan to end the practice must be formulated and implemented.”

Chhaupadi was outlawed in 2005, yet it remains prevalent in Nepal‘s remote west and leaves women at risk of snake bites, attacks by wild animals and rape.

Some communities fear misfortune, such as a natural disaster, if menstruating women and girls are not sent away.

They are barred from touching a range of items – including milk, religious idols and cattle – and must eat frugally.

Menstruating women and girls are also not allowed to meet other family members or venture out during their period.

The custom has led to several deaths, despite the government introducing three-month jail terms and fines of 3,000 rupees ($27). Last year, a woman suffocated to death after she was banished and in 2017, a teenager died of a snake bite.

Government officials say awareness programmes have been launched in the poor, remote areas of western Nepal where chhaupadi is most prevalent, but changing attitudes is not easy.

Renu Adhikari Rajbhandari of Nepal‘s National Alliance for Women Human Rights Defenders said authorities could and should do more.

“We must demolish the metal huts and launch massive campaigns to make communities and families aware that women don’t become impure simply by menstruating,” she said.