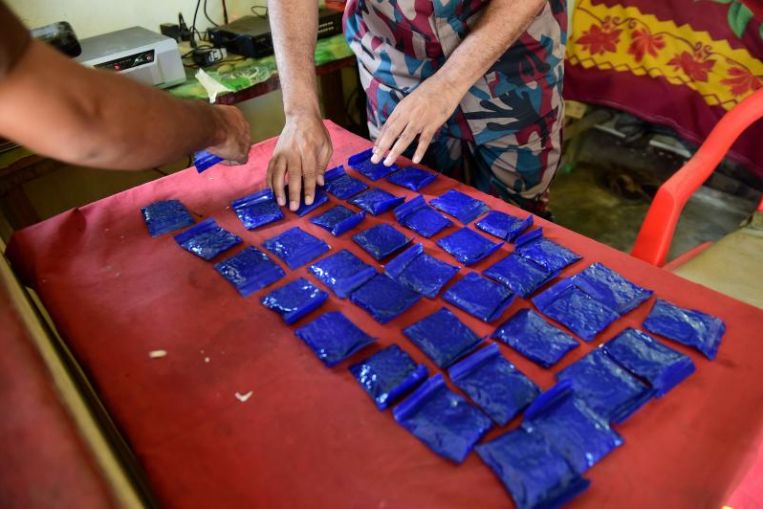 DHAKA (AFP) – Bangladesh seized a record 53 million methamphetamine pills in 2018 – up 33 per cent in a year – amid a deadly nationwide crackdown on the trade, officials said on Sunday (Feb 10).

Nearly 300 suspected drug dealers were killed last year, according to the authorities, who insisted the seizure figure was proof that their campaign was working.

Rights groups said the record haul showed the deaths had failed to make an impact on the trade.

The government Department of Narcotics Control said the drug – popularly known as ‘yaba’, a Thai word meaning ‘crazy medicine’ – was seized across the South Asian nation of 165 million people.

“It is the highest amount seized in a year,” Mr Bazlur Rahman, a department deputy director, told AFP.

Mr Masum-e-Rabbani, another senior official at the department, said the record haul was proof that a crackdown launched in May last year was yielding “positive” results.

He said there has been a significant decline in the use and sale of yaba.

Nearly 300 suspected drug dealers were killed by security forces in the campaign and some 25,000 arrests made, according to Mr Rabbani.

Human rights groups say many of the deaths amount to extrajudicial killings however.

More than 40 were killed in the town of Teknaf, which borders Myanmar’s troubled Rakhine state and is close to the refugee camps housing about one million Rohingya Muslims.

Bangladesh has struggled to control a surge in yaba imports crossing the border from Myanmar, where the pills are manufactured by the millions.

The pills have become an easy source of income for the Rohingya who poured across the border after the Myanmar military launched a clampdown in Rakhine in August 2017.

The refugees act as carriers, handing over the pills to dealers on the Bangladesh side of the border, who then take them to major cities, according to police.

In October, authorities made yaba a class-A banned substance and Parliament passed a law allowing the death penalty for dealing the drug.

A top rights activist said the record yaba seizure meant the hundreds of deaths had failed to make a serious dent in the drug trade.

“It proves that the police crackdown is not working. They need a different approach,” Mr Nur Khan Liton, a former head of rights group Ain O Salish Kendra, told AFP.