44 CRPF personnel were killed in Kashmir car bombing in India 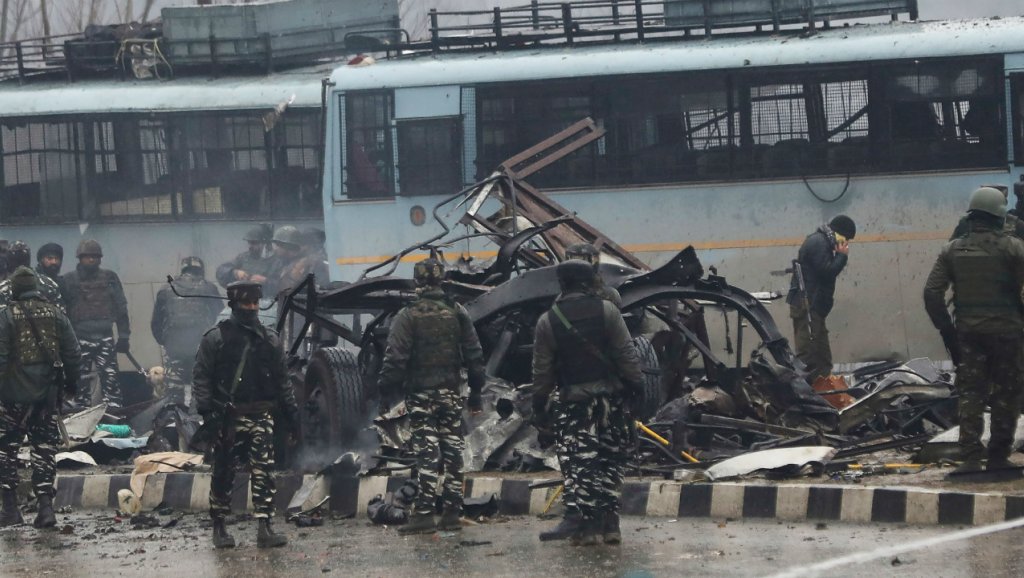 New Delhi: At least 44 CRPF personnel were killed and another 20 injured when a terrorist drove an explosive-laden SUV into a convoy of vehicles carrying paramilitary troops on a highway in South Kashmir’s Pulwama district on Thursday.

This was one of the deadliest attacks in the 30-year-long militancy in the state. Nineteen personnel had died in 2016 when terrorists attacked an army brigade headquarters in Uri. Preliminary investigations identified the suicide bomber as Adil Ahmad Dar, a local memember of the Jaish-e-Mohammed.

He rammed the SUV, with an estimated 200-350 kg explosives, into a bus carrying 39 personnel from the 76 battalion of the CRPF around 3.15pm. The convoy of 78 vehicles with 2,500 personnel was on way from a transit camp in Jammu to Srinagar, CRPF inspector general for operations Zulfiqar Hassan told reporters.

Thursday’s was the first car bombing since 2005, when a series of attacks was reported from various locations in valley. The JeM had claimed the responsibility then as well.