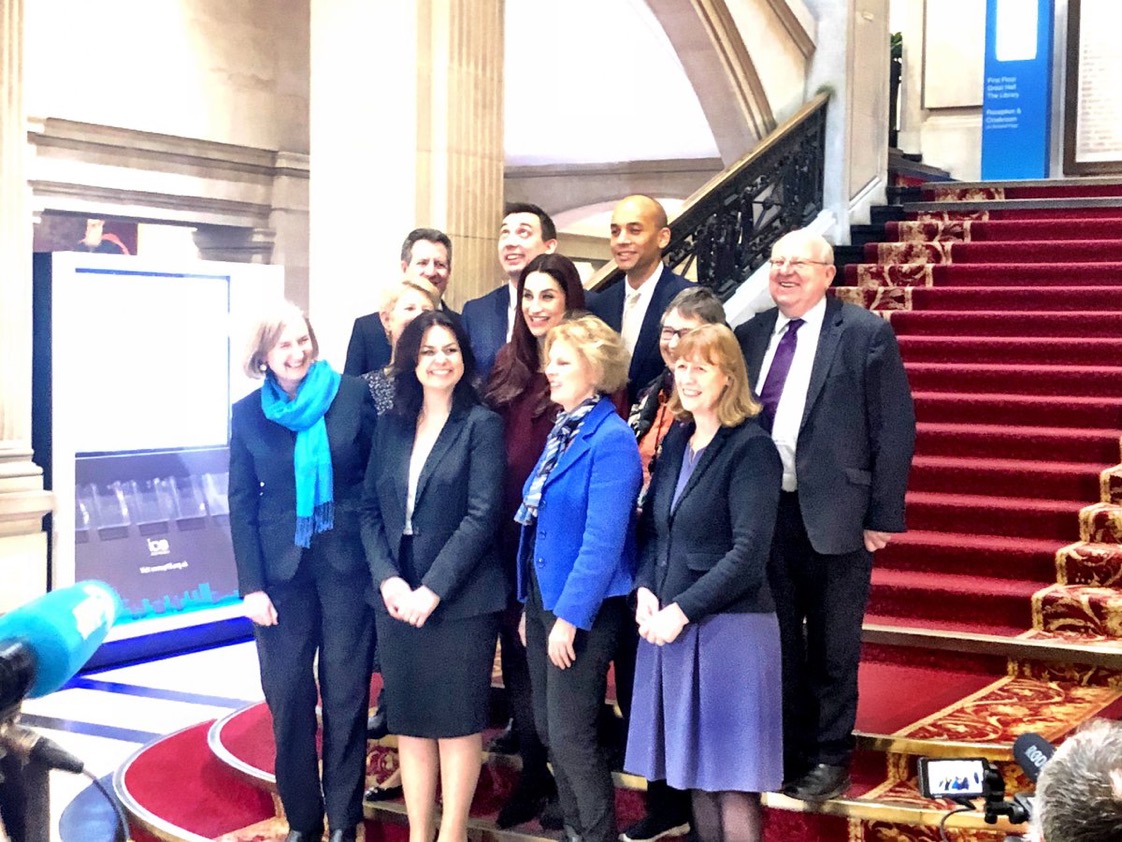 AFP : Three MPs quit Britain’s governing Conservatives on Wednesday over Brexit, saying the issue had “re-defined” the party and was “undoing all the efforts to modernise it”.

The trio said they planned to sit in parliament alongside eight former Labour lawmakers who, also citing their opposition to Brexit, resigned from the main opposition party this week to form the new Independent Group.

“It is with regret that we are writing to resign the Conservative whip and our membership of the party,” Anna Soubry, Heidi Allen and Sarah Wollaston said in a joint letter to Prime Minister Theresa May.

“We no longer feel we can remain in the party of a government whose policies and priorities are so firmly in the grip of the ERG and DUP,” the MPs stated, referring to the European Research Group, a pro-Brexit faction of Conservative lawmakers, and the party’s Democratic Unionist allies from Northern Ireland.

“There has been a dismal failure to stand up to the hard line ERG which operates openly as a party within a party, with its own leader, whip and policy,” they added.

The three lawmakers all backed Britain remaining in the European Union in the 2016 referendum and have since voted against multiple elements of the government’s Brexit legislation.

In a swift response to their resignations, May said she was “saddened” by their decisions and thanked them for their “dedicated service to our party over many years”.

She noted Britain’s membership of the EU has been “a source of disagreement both in our party and our country for a long time” but would not stop her delivering on the referendum result.

“I am determined that under my leadership the Conservative Party will always offer the decent, moderate and patriotic politics that the people of this country deserve,” she added.

The resignations mean the centre-right Conservatives alone are now six votes short of a majority in parliament’s lower House of Commons.

They can command a majority of 11 thanks to their confidence and supply arrangement for support from the DUP’s 10 MPs.

Earlier Wednesday, an eighth MP quit the Labour Party in protest against its veteran socialist leader Jeremy Corbyn, joining the mounting internal rebellion sparked by rows over Brexit and anti-Semitism.

Joan Ryan told BBC radio that Corbyn had “introduced or allowed to happen in our party this scourge of anti-Semitism. It has completely infected the party”.

Joined by the trio from the Conservatives, at 11 MPs, The Independent Group would be the joint fourth-biggest bloc in the Commons. 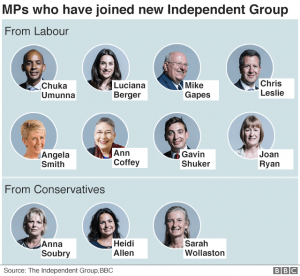