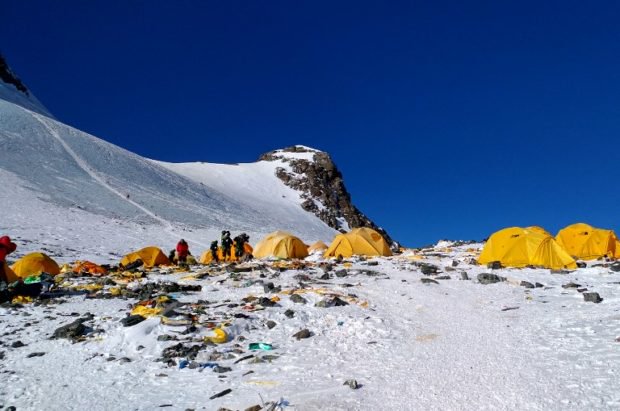 AP: KATHMANDU, Nepal — Nepal is expecting more climbers to try to scale its side of Mount Everest in coming weeks after China said it would limit attempts from the northern side, officials said Tuesday.

Danduraj Ghimire of Nepal’s Tourism Department said it expects more climbers than usual will apply for climbing permits during the spring climbing season that begins later this week.

The spring climbing season, when weather conditions are best on the world’s highest peak, begins March 1 and ends May 31.

China said in January it would reduce the number of climbers by one-third this year as part of plans for a major cleanup of the mountain that straddles the border between the countries.

Expedition companies in Nepal said they were prepared for additional climbers.

“There should not be any problem to accommodate the flow of climbers to Everest from the Nepal side. We have the capability and are prepared,” said Pemba Sherpa of Nepal-based Xtreme Climbers Treks and Expedition.

Besides the hundreds of climbers and their support teams that camp at the base camp for months, more than 40,000 trekkers also hike to the camp, located at 5,300 meters (17,400 feet). An increase in these hikers is also likely, but officials were unable to say by how much.

The tourism official said there are some environmental concerns due to the expected increase in climbers and trekkers, but officials are working on plans to minimize the impact.

This is also the last year for climbers who were unable to make attempts on the mountain in 2014 to use their extended climbing permits.

Nepal extended the permits of about 300 climbers for five years. The 2014 climbing season was canceled after 16 Nepalese Sherpa guides died in an avalanche at the beginning of the season and other guides refused to work.