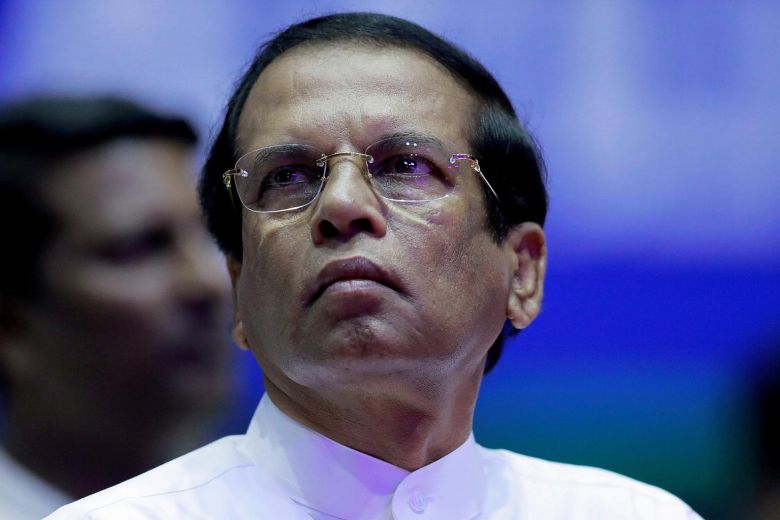 COLOMBO (AFP) – Sri Lanka’s President went back on pledges to the UN Human Rights Council to investigate war-time atrocities on Wednesday (March 6), saying he did not want to “re-open old wounds”.

Sri Lankan government troops were accused of killing at least 40,000 ethnic Tamil civilians in the final months of the island’s 37-year guerrilla war that ended in May 2009.

President Maithripala Sirisena said he will formally ask the United Nations rights body to reconsider a 2015 resolution which called for credible investigations into alleged atrocities.

Soon after coming to power in January 2015, Mr Sirisena pledged to ensure accountability for war-time abuses.

The UN has estimated that over 100,000 people were killed during the guerrilla war.

Exactly two years ago, Mr Sirisena bought two years from the UN rights body after a previous deadline ended without any progress in bringing war criminals to justice.

Mr Sirisena said he will send three of his senior party members to the UNHRC sessions in Geneva this month to plead on his behalf.

“I hope they (the UN) will respond positively,” Mr Sirisena said.

Despite previous pledges to the UN, Mr Sirisena has not set up any investigation.

Mr Sirisena, a member of the majority Sinhalese community, received the support of the Tamil minority after promising accountability for excesses carried out by the largely Sinhalese military.

The UN has acknowledged that Colombo made some positive advances on constitutional and legal reforms, limited land restitution and symbolic gestures towards reconciliation.

But it has also cautioned that the measures taken under Mr Sirisena were inadequate, lacked coordination and a sense of urgency.