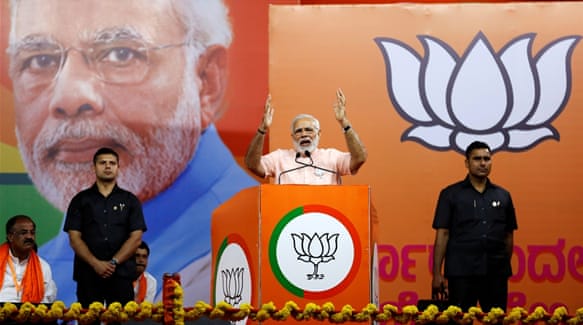 NEW DELHI: India announced on Sunday (Mar 10) a general election to be held over nearly six weeks starting on Apr 11, when hundreds of millions voters will cast ballots in the world’s biggest democracy.

The poll will see right-wing Prime Minister Narendra Modi run for a second term against Rahul Gandhi of the Gandhi-Nehru dynasty to lead the world’s second-most populous nation.

Some 900 million voters from the Himalayan peaks to the deserts and tropical shores are eligible to vote for a new government for the next five years in an enormous democratic undertaking.

From Apr 11 to May 19 voters will elect 543 lawmakers to India’s lower house of parliament, the Lok Sabha, which governs the Asian nation of 1.25 billion people from the capital New Delhi, the electoral commission said Sunday.

Counting will be completed and final results announced on May 23, it said.

Modi’s Hindu nationalist Bharatiya Janata Party (BJP) and Gandhi’s left-leaning Congress are the two strongest challengers among hundreds of political parties from across the culturally and geographically diverse country.