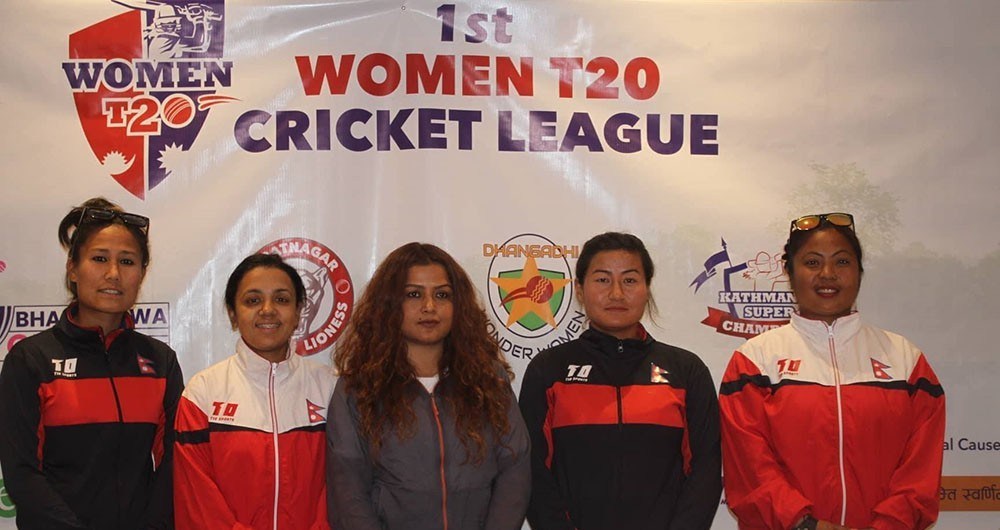 Kathmandu: Nepali Superstar Rekha Thapa has bought a women cricket team for Women T-20 cricket League. In an organized press meet on Sunday at capital, actress turned director Thapa  announced as owner of the team.  Now, she is the owner of ‘Kathmandu Super Champions’.

She bought the team at this time when no one is ready to sponsor for women sports in Nepal.

The league is set to organize at Biratnagar on 7-14 of Baisakh month. ‘I’m doing the work for women past 14 years, now want to help for women cricket’ she said.

First time in Nepali movie industry, this celeb who purchased the sports team.