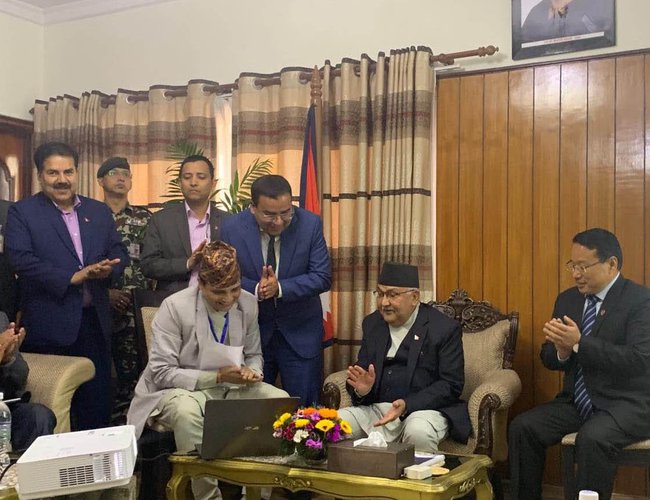 In the initial phase, for the share under this project, only 10 percent amount suffices. One can buy the share till March 25.

Minister KP Sharma Oli bought 10,000 points share of the Trishuli III ‘B’ hydropower project as part of the launch of ‘people’s hydroelectricity programme’.

PM Oli applied for the share at a programme organized by the Ministry of Energy, Water Resources and Irrigation at his residence, Baluwatar, this morning.