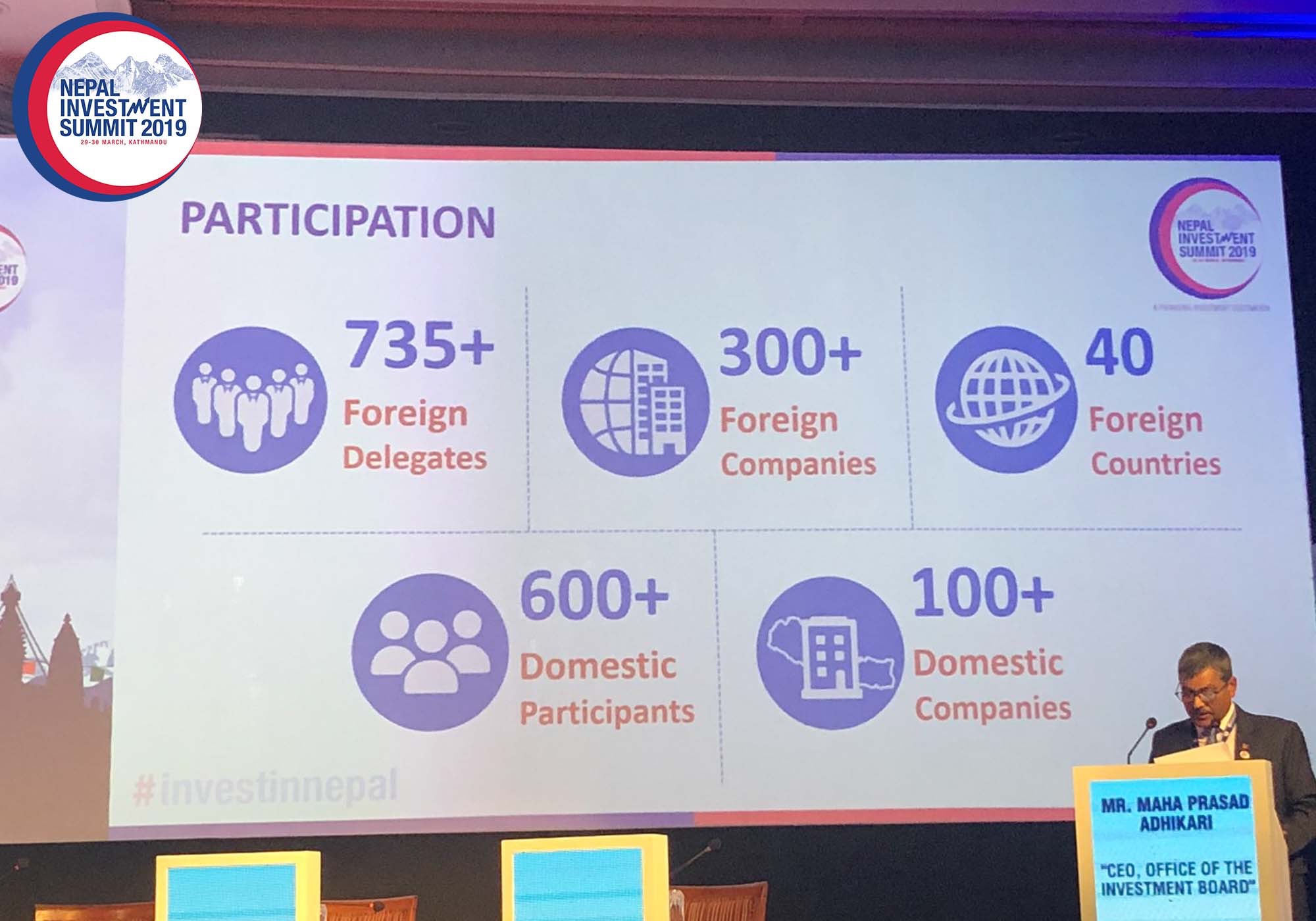 Kathmandu  :  Nepal investment summit held on Friday and Saturday in Nepal’s capital Kathmandu has been summoned with 15 Nepali and foreign companies signing an investment deals and Memorandum of Understandings.

The country with huge potential and market expended to India and China has received 17 applications for other 10 projects showcased during the two-day event, according to Investment Board Nepal (IBN).

The participating investors included China, India, the United States, South Korea, Britain, among others, as well as multilateral donor agencies such as International Finance Corporation of the World Bank Group which signed separate investment and cooperation agreements during the summit.

The applications received for the projects during the summit were related to transport, hydropower, hospital, airport, convention center and agriculture infrastructure, according to IBN.

“Investors interested in these projects look serious as they have already paid fees to the IBN for further negotiation,” IBN’s Chief Executive Officer Maha Prasad Adhikari said during the concluding ceremony.

“Prime Minister and I held more than 30 sideline bilateral meetings with the investors and delegates from different agencies. These meetings were extremely useful to carry forward our investment agenda,” Nepali Finance Minister Yubaraj Khatiwada said in his concluding remark.

According to IBN, more than 1,300 participants including over 735 foreign delegates from more than 300 companies participated in the summit, which the Nepali officials described as overwhelming.

During the event, Nepali officials vowed to deepen ongoing policy and legal reforms to make the country more investment-friendly.