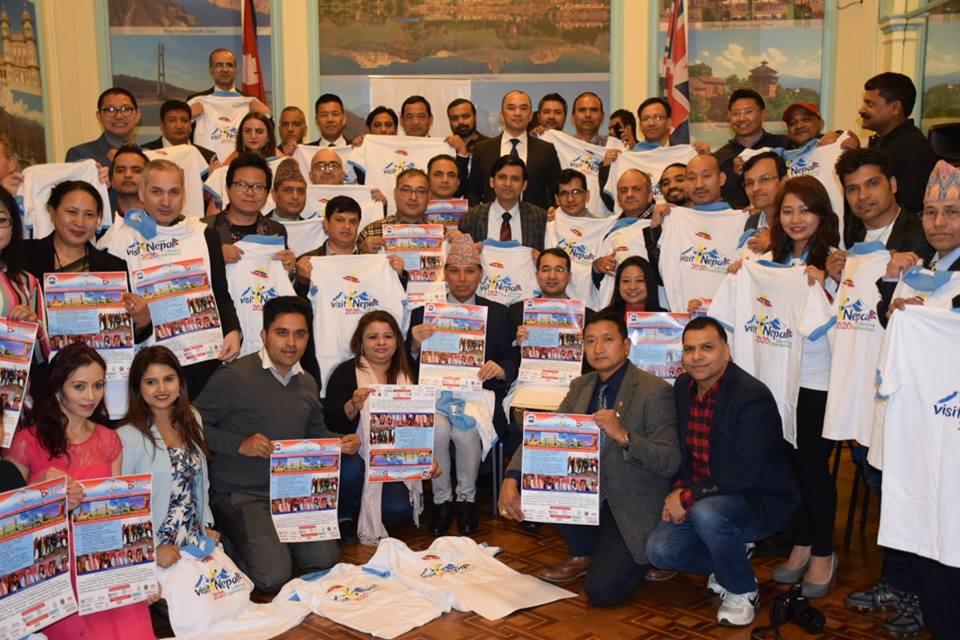 London: Embassy of Nepal to the UK has formed a high-level committee to promote “Visit Nepela 2020” campaign under the coordination of Nepalese Envoy Dr. Durga Bahadur Subedi.

The committee was formed carefully after the consultation with community leaders and obtaining prior consent from the members of the respected committees, Counsellor of the Embassy and the member secretary of the High-Level Tourism Promotion Committee Mr. Sharad Raj Aran Said.

Most of the community leaders from the Nepalese community living in Britain were invited inclusively in Embassy to be a part of the program.

Delivering a welcome speech in the program, Ambassador of Nepal to the U.K., HE Dr. Durga Bahadur Subedi highlighted that Nepal government has set a target to bring 2 million tourists from around the world and celebrate the year 2020 as a “Visit Nepal Year”.

To support this government’s tourism promotion plan, the  Embassy of Nepal to the U.K. has formed a High-Level Tourism Promotion Committee to encourage and mobilize the local Nepalese community residing in the U.K.

The embassy has formed 22 different committees in order to promote Nepal Governments ambitious plan to bring 2 million tourists during the year 2020. The embassy itself has aimed to send 100,000 tourists from the UK to Nepal during this the year 2019 and 2020.

According to Sharad Raj Aran, The consular and the member secretary of the High-level tourism promotion committee 2020, following people are nominated in the respected committee as per their expertise:

According to the embassy source, all the respected committees above can perform the activities to promote tourism from their level with the help and support from the Embassy. Any interested people aiming to volunteer and participate within any of the above committees can contact the embassy.

The idea of forming a High-level tourism committee has given an opportunity to most of the Nepalese people living in the UK to volunteer and serve their motherland. It has also provided them a sense of ownership on this noble cause.  It is a great idea implemented by HE Dr. Subedi in order to use the resources in an effective manner which can be benchmarked by many diplomatic missions of Nepal abroad, RK Tripathi, General Secretary of NRNA UK stated. 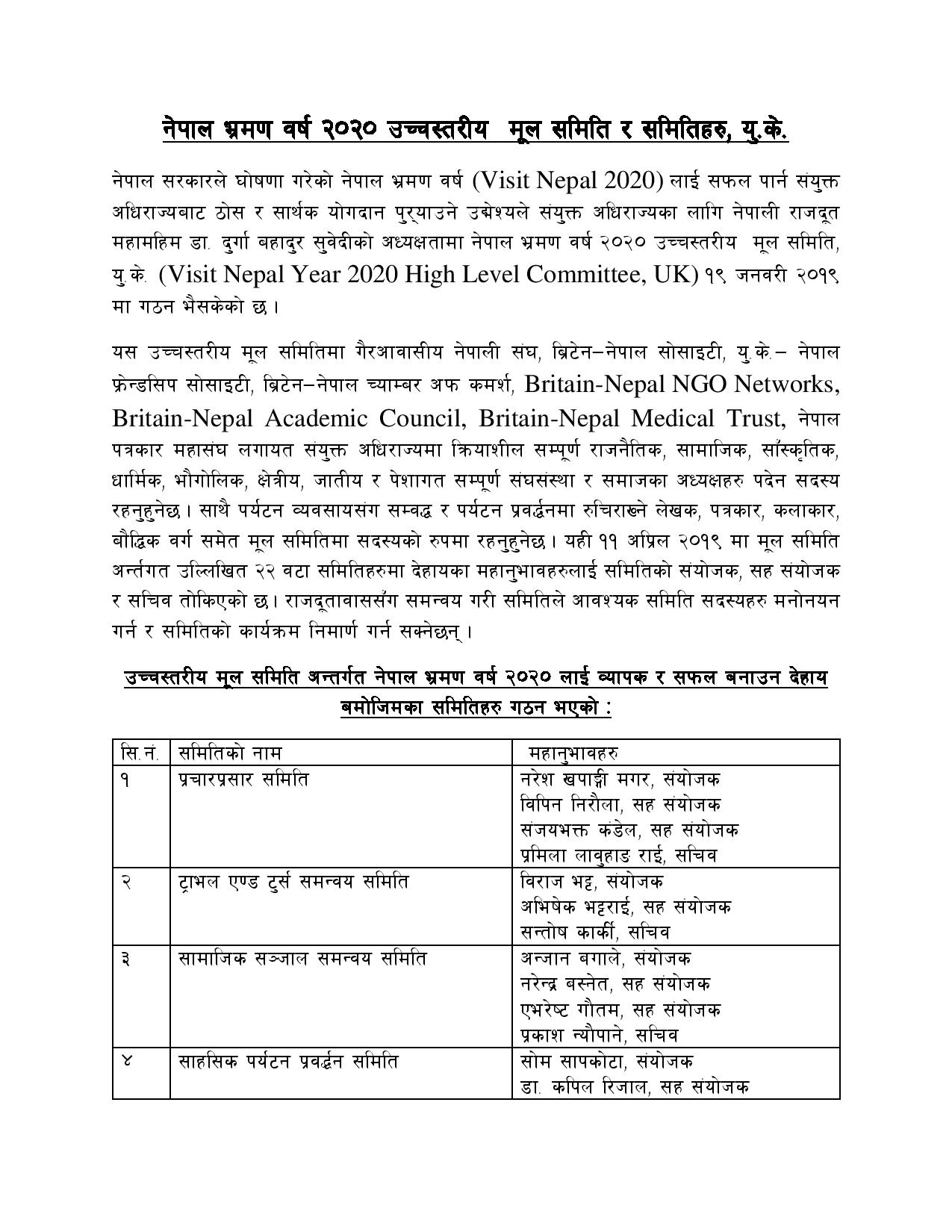 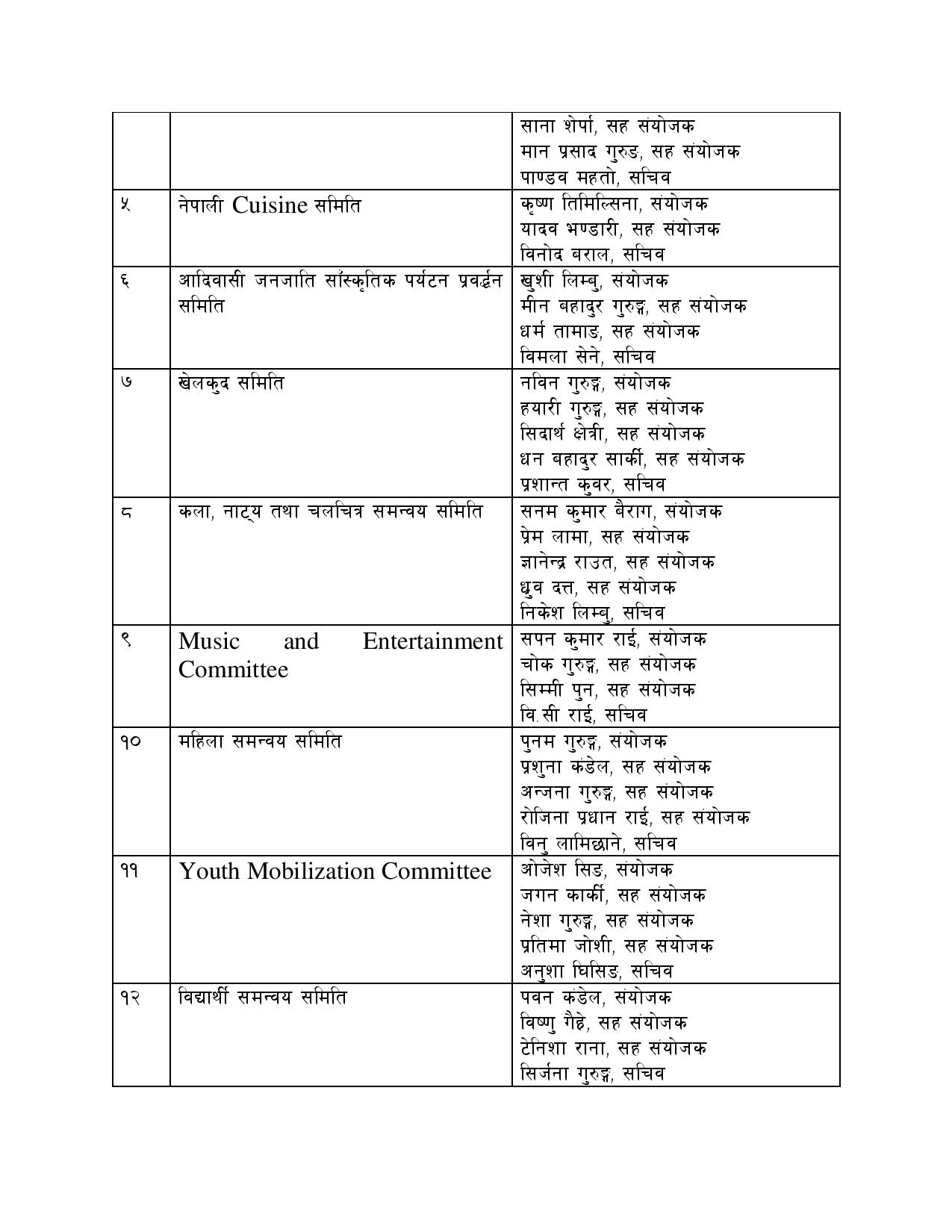 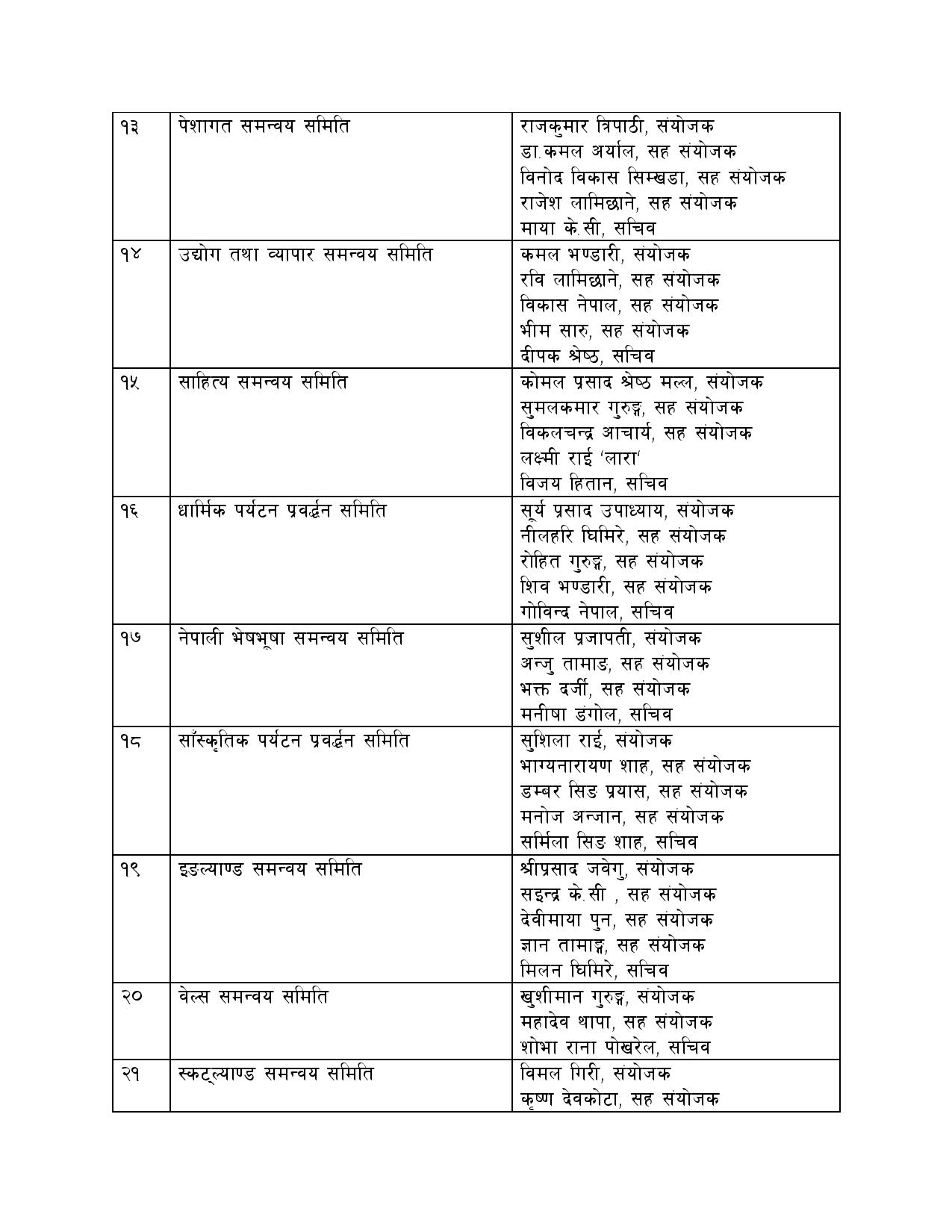 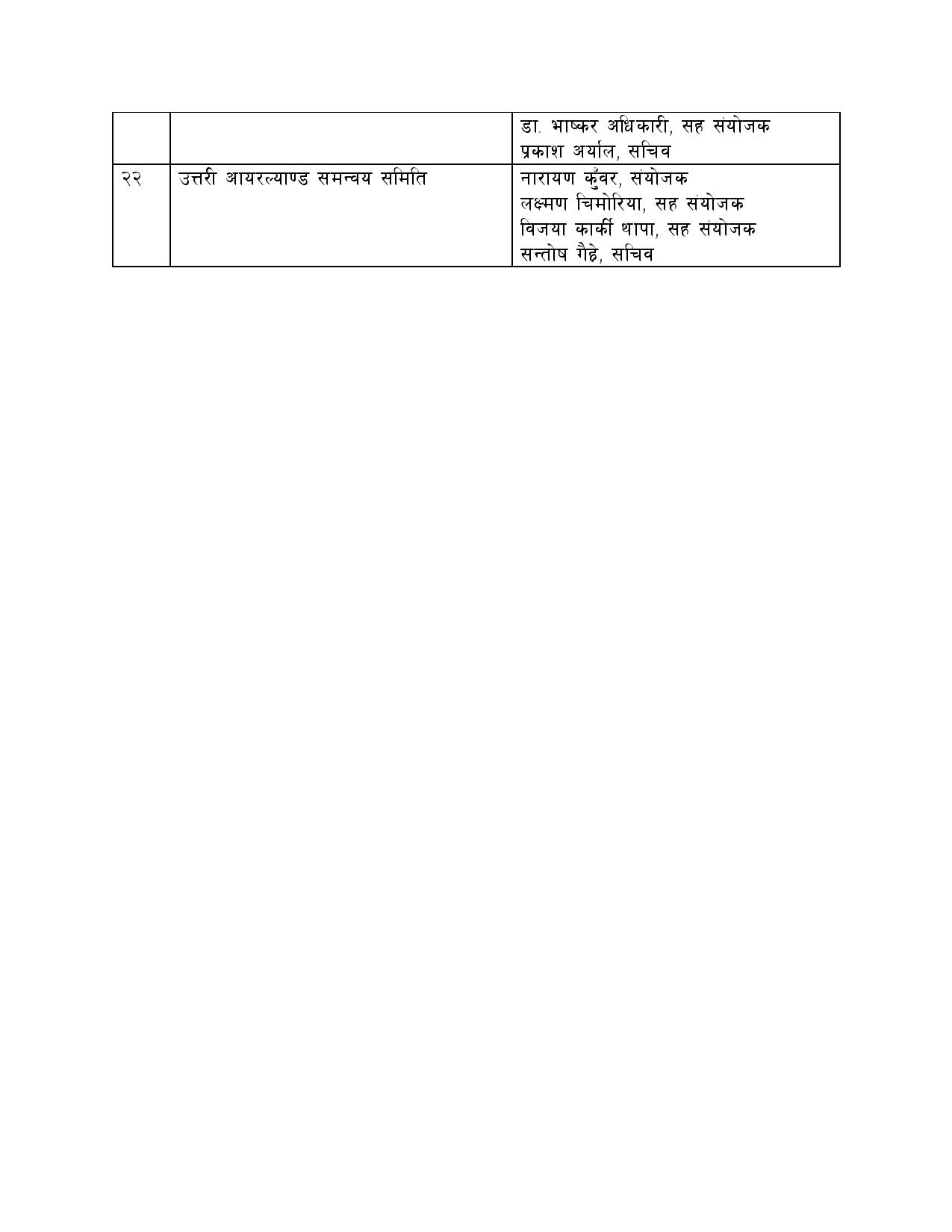 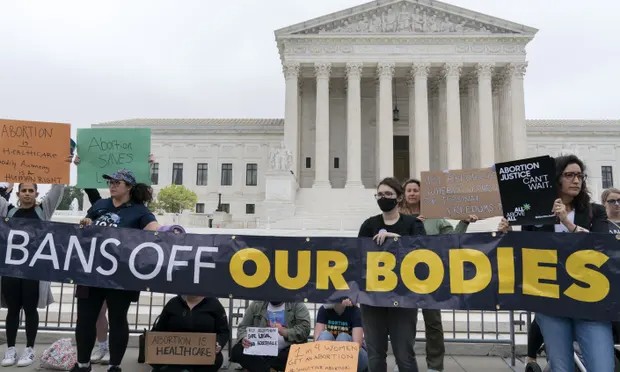 United States: There is no longer a federal constitutional right to an abortion as Supreme Court overturns Roe v. Wade 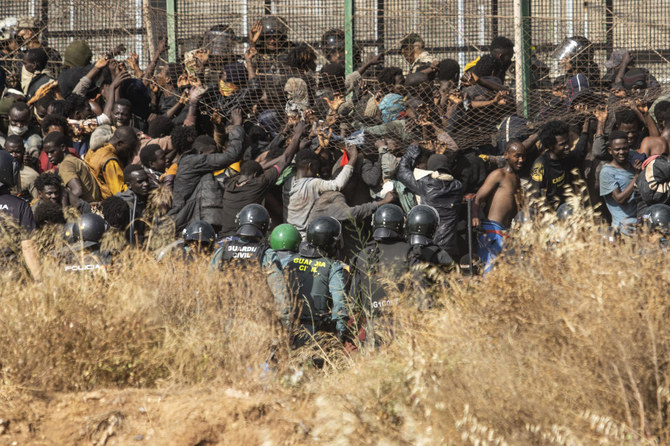