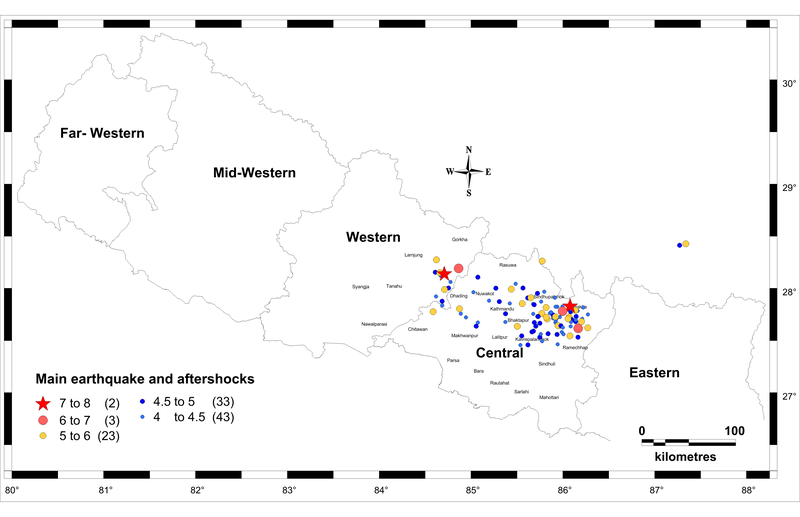 A magnitude 4.5 earthquake jolted Gorkha district in Nepal on Tuesday, causing panic among the residents.

The quake was felt in Gorkha district and surrounding areas around 12:35 p.m, according to the National Seismological Center (NSC).

However, there was no report of any damage.

This is the third quake that hit Nepal in the past five days.