6 blasts, including several at churches, rock in Sri Lanka on Easter Sunday 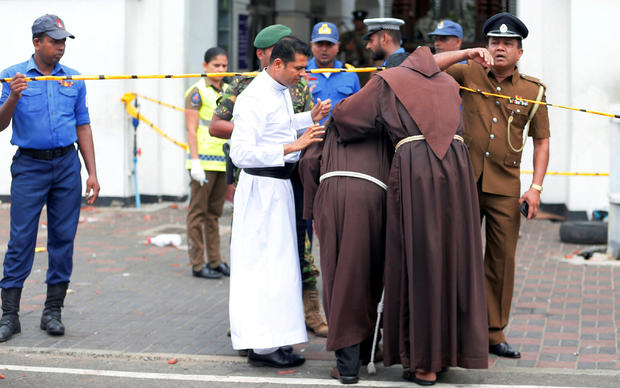 One bomb has exploded at St. Anthony’s Church in Kochchikade and the other at St. Sebestian’s Church in Katuwapitiya, Katana.

At least six explosions were recorded at churches and hotels on Easter Sunday in Sri Lanka.Sri Lanka’s state-run newspaper reported 129 were dead and more than 500 others were injured.

The cause of the attacks are unclear. A security official said they suspect the blasts at two churches were carried out by a suicide bomber.

Images on social media showed the inside of one of the churches – St Sebastian’s in Negombo – with a shattered ceiling and blood on the pews, BBC News reports.

Sri Lankan media report that foreign tourists may be among the casualties.

Two of the blasts were suspected to have been carried out by suicide bombers, according to the official, who spoke on condition of anonymity as he was not authorized to speak with reporters.

According to local media, 48 people died and 283 others were admitted to area hospitals for treatment. National Hospital spokesman Dr. Samindi Samarakoon told The Associated Pres that 30 died while the wounded were being treated in the capital Colombo’s main hospital.

Alex Agieleson, who was near the shrine, said buildings shook with the blast, and that a number of injured people were carried away in ambulances.

Other blasts were reported at St. Sebastian’s Church in Negombo, a majority Catholic town north of Colombo, and at Zion Church in the eastern town of Batticaloa. St. Sebastian’s appealed for help on its Facebook page.

The explosion ripped off the roof and knocked out doors and windows at St. Sebastian’s, where people carried the wounded away from blood-stained pews, local TV footage showed.