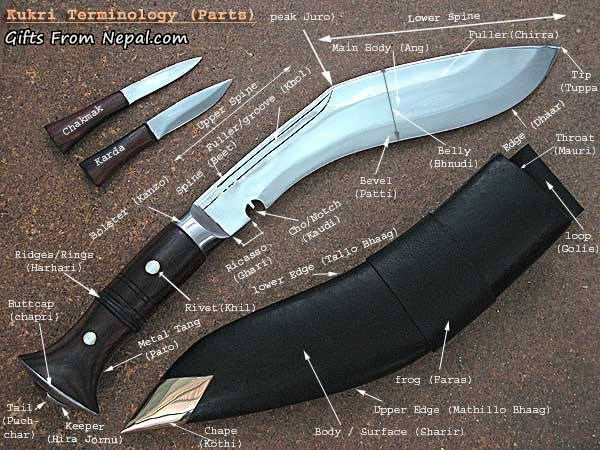 Khukuri is the national weapons of Nepal and regarded as the symbol of bravery. Khukuri was the main weapon used by Nepalese fighters during Anglo India war to defeat East India company to rule in Nepal, says a  ex Gurkha army Mr Harry Gurung.

HISTORY OF THE KHUKURI
The Khukuri’s history actually predates the founding of the nation of Nepal. When the kingdom of Nepal was first created in the 16th Century, it was already the weapon of choice for the Gurkhas and their predecessors, the Nepali Sainik (warriors or soldiers).

A mid-length curved knife comprising a distinctive “Cho” that is the national knife and icon of Nepal, basic and traditional utility knife of Nepalese, a formidable and effective weapon of the Gurkhas and an exquisite piece of local craftsmanship that symbolizes pride and valor which also represents the country and it’s culture. Basically carried in a leather case, mostly having walnut wooden grip and traditionally having two small knives, it is one of the most famous and feared knives of the world

The Gurkha fighters originate to Nepal’s Gurkha district still use Khukuri as the symbol of Nepalese pride. Hence , It is being fascinated and popular around the word.

Even in Indian market Khukuri is being produced and sold as a souvinsr of Gurkhas.  According to a report of Hindustan times there is shop which is  100-year-old In Dehradun-based. 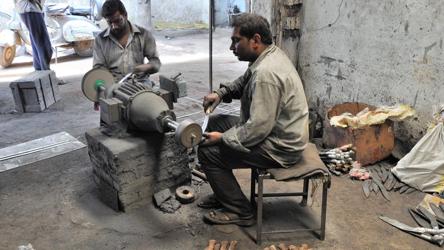 This old  Khukri manufacturing shop has received an order of 60 Khukris from a serving US army official, which the owner of the shop claimed will be used in operations in overseas expedition in Gulf region.

The Khukri manufacturing shop named Satish Khukri received an order of 60 Khukris few days back from a US army officer of Marine Corps, who personally visited the shop to place the order.

Satish Khukri, which is over 100 years old, is run by the fourth generation of Thapa family in Dehradun’s Dakra Bazaar. They supply to the regiments of Indian Army.