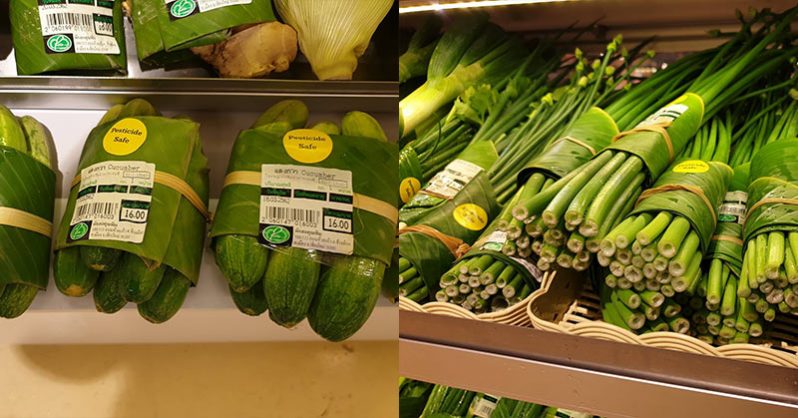 Global Citizen : Supermarkets in Thailand are wrapping vegetables in banana leaves to cut down on plastic packaging, according to Vice.

The development was documented in a Facebook post last month showing asparagus, peppers, and cucumbers wrapped in green banana leaves in the fresh produce section of the Rimping supermarket in Chiang Mai, Thailand.

Since then, other supermarkets in the country and in Vietnam have begun experimenting with this natural packaging as well.

In addition to banana leaves, brands are getting rid of plastic bags in favor of paper and biodegradable bags made from corn starch, cassava, and algae.

These investments are driven by growing awareness around the world of the problem of plastic pollution, especially in countries throughout Southeast Asia.

Since 1950, humans have created 8.3 billion metric tons of plastic, more than 75% of which has been thrown away. Each year, an estimated 8 million metric tons of plastic enter the oceans, harming marine animals ranging from whales to coral. Humans are also vulnerable to plastic waste, and absorb tens of thousands of microplastics each year through air, water, and food. 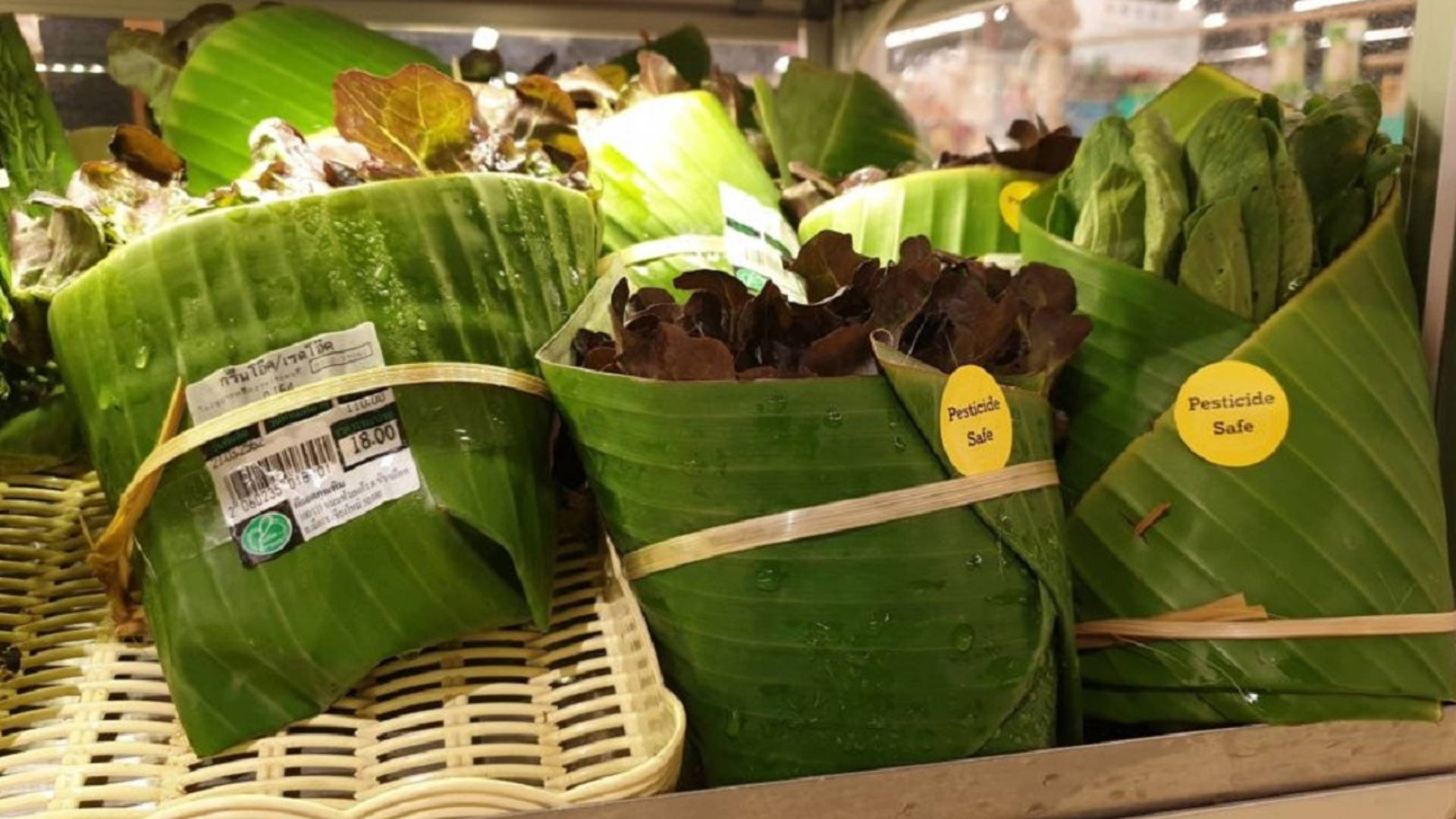 Banana trees are common throughout Thailand and can yield leaves as big as 9 feet in length. People around the world already use them to cover various types of foods, and their sturdiness makes them an ideal form of packaging for fresh produce that sells quickly (because they’re biodegradable, they can’t sit on the shelf for months).

This shift toward eco-friendly materials is part of a growing zero waste movement around the world that seeks to eliminate non-biodegradable waste and significantly reduce the amount of waste overall that gets sent to landfills and contaminates ecosystems.