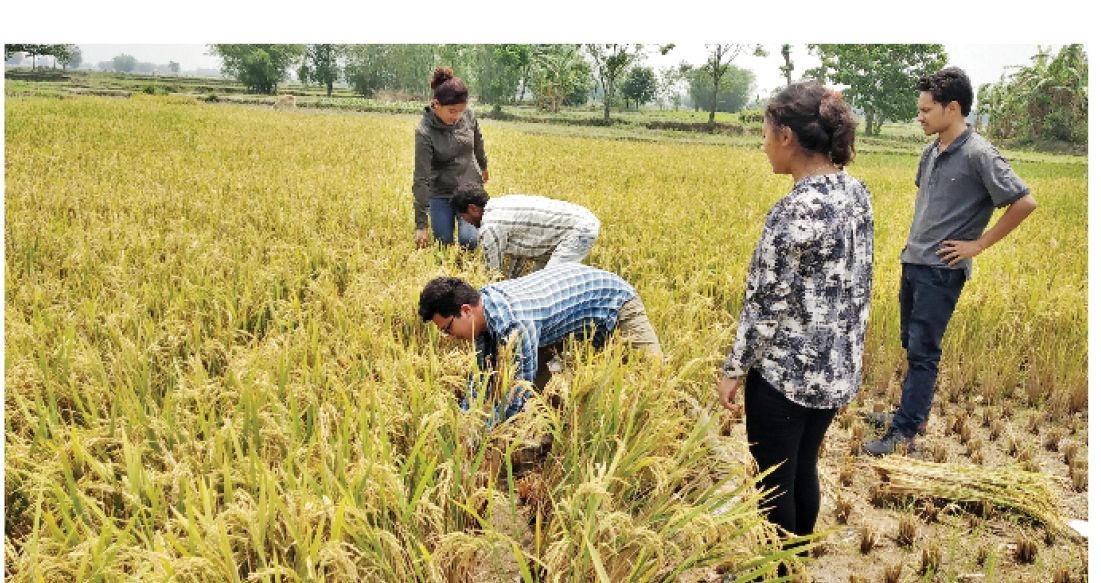 Damak : Locals of the district are astonished seeing a few farmers harvesting paddy in the month of Baishakh, which is a month to transplant summer paddy.
With the introduction of the new species of paddy, farmers here are now able to produce paddy three-times a year. Earlier, they used to grow rice twice, in July and November.
The new paddy was planted at the end of Kartik.
Local farmer of Kanchankawal-4 Pathamari, Nasir Miya, was the farmer in the district to grow paddy three times a year,the national daily Risingnepal writes.
“Almost all farmers were shocked when I planted paddy on the last day of Kartik and the first day of Mangsir (November 14, 15). But I was confident to grow the paddy and it was realised,” Miya said.