US-China trade deal is ‘possible’ by next Friday, sources say 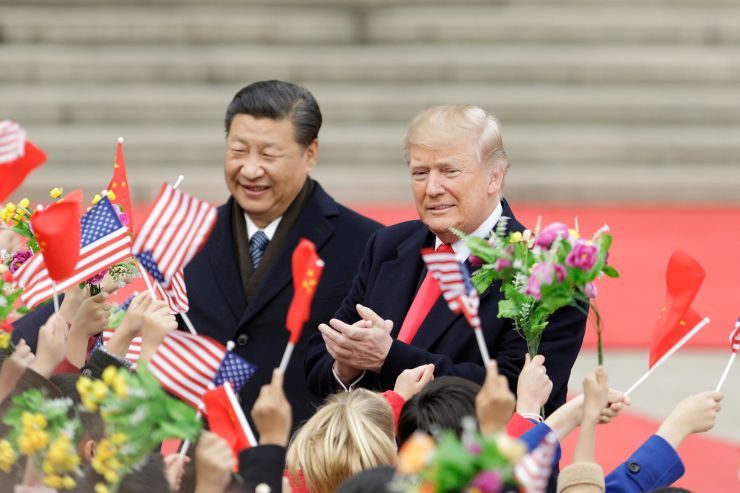 AP : Beijing, May 2: American and Chinese trade negotiators met Wednesday for talks on their bruising tariff war after Treasury Secretary Steven Mnuchin said the U.S. side might be moving toward a decision on whether to make a deal with Beijing.

The announcement of a U.S. trade deal with China is “possible” by next Friday, sources told on Wednesday.

A U.S. delegation met with Chinese negotiators in Beijing on Wednesday as the world’s two largest economies try to hammer out details of an agreement. Chinese Vice Premier Liu He will travel to Washington for talks next week.

Wednesday’s atmosphere appeared amicable. Lighthizer, Mnuchin, Liu and other officials smiled for photos and shook hands after their one-day meeting.
But they said nothing to reporters and no details were announced after the talks at a Chinese government guest house.

Both governments have said they were making progress. That has helped to calm jittery financial markets.
Washington wants Beijing to roll back industry development plans it says are based in part on stolen technology and that violate its market-opening commitments.
Mnuchin said earlier that Wednesday’s meeting and talks next week in Washington would help American officials decide whether to recommend President Donald Trump agree to a deal with Beijing.
Trump raised U.S. duties on $250 billion of Chinese imports last year in response to complaints Beijing steals or pressures companies to hand over technology. Beijing retaliated by imposing penalties on $110 billion of U.S. goods.
The U.S. delegation to this week’s talks in Beijing was led by Mnuchin and Trade Representative Robert Lighthizer. The Chinese side was led by the country’s economic czar, Vice Premier Liu He.
The talks also cover exchange rates and possible measures to narrow China’s multibillion-dollar trade surplus with the United States.
A sticking point has been American insistence on an enforcement mechanism with penalties to ensure that Beijing sticks to its commitments. Washington also wants to keep tariffs on Chinese imports to maintain leverage over Beijing.
Mnuchin told Fox Business Network on Monday that an enforcement mechanism just “needs a little bit of fine tuning.”
U.S. officials and businesses say China has failed to keep past promises concerning its trade practices.
Critics worry any agreement might hurt other countries by shifting Chinese demand away from them. They also worry it might marginalize the World Trade Organisation, which is meant to enforce free trade rules for everybody.