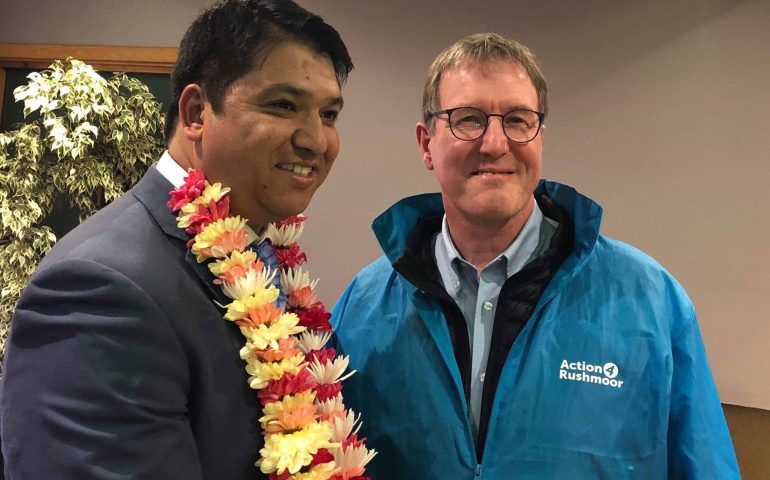 Aldershot: One of the active youth, entrepreneur and the community leader from Aldershot area Mr. Prabesh KC has secured his victory as a councilor from the Aldershot area. Mr. Kc has won the election by 47 votes among 710 votes cast in wellington ward. Prabesh was the ward councilor candidate from the Conservative party.  KC was born in the Myagdi District of Nepal and came to the UK in 1996. He is involved in real estate and other business in the Aldershot area. He has thanked all the voters and supports for believing and electing him.  After the declaration of his victory, he reaffirmed to work for his plans and promises that he made himself and his party during the election.

In recent days Nepalese British community living in the UK are also actively participating in local politics. This community is regarded as one of the active and dynamic communities in the society to be involved in community activities.  Not only through the Gurkhas dedication and support to Britains security but also the active participation of other Nepalese community members in local social activities as well as public services to contribute the entire British community which is considered substantial by the local community and mainstream leaders.

According to BBC the key highlights of the local election till now are :