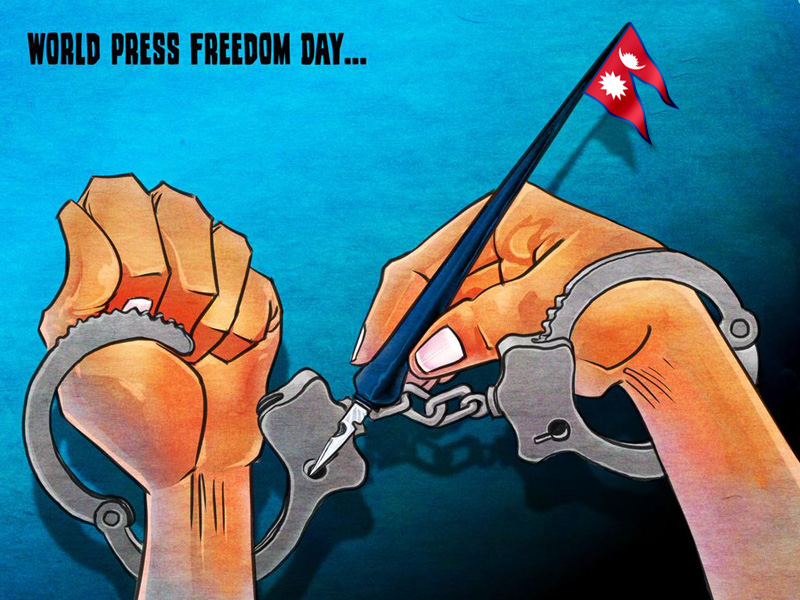 The bill related to Nepal Media Council has drawn mixed response from stakeholders.

Some have denounced the measure as an effort intended to curtail press freedom, while others have supported the move.

Those favouring it were of the view that any controversial issue in the bill could be discussed with the minister of communications and information technology for a solution.

They put their views at a face-to-face programme organised at Reporters’ Club Nepal.

Speaking at the programme, General Secretary of the Federation of Nepali Journalists Ramesh Bista demanded withdrawal of the bill reasoning it had spread fear among journalists by provisioning penalty up to Rs 1 million and 15 years of imprisonment.

Likewise, Nepal Press Union President Badri Sigdel expressed solidarity with protest against the bill terming it as motivated by the intention of curtailing freedom of press. He also demanded thatsome provisions of the bill that are against press freedom be scrapped.

Chairperson of Jana Patrkar Sangathan Nepal, Prakash Durmu also demanded cancellation of the bill. Chairperson of Nepal Press Organisation Maheshwor Dahal however described the bill as something that would not affect press freedom.

He was of the view that journalists should exercise some level of discipline, and stressed the need to monitor and regulate big media houses for their unethical way of practising journalism.