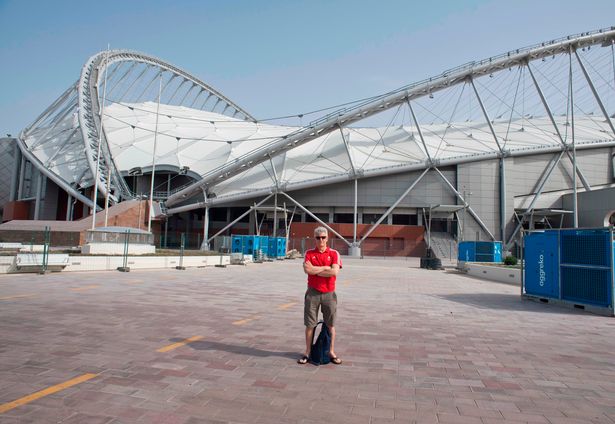 The Mirror revealed the low wages being offered to some of the workers who have traveled from Nepal, Bangladesh, Sri Lanka and the Philippines to the oil-rich state.

Another said: “Sometimes you do not get paid on time. Or there may be money missing if they do not pay overtime… You have to wait a long time for the bus at the end of your shift. It makes your working day even longer.”

They get food, accommodation, healthcare, a month’s holiday and a flight home as part of their jobs.

May Romanos, Gulf Researcher of Amnesty International, said: “Things are not changing as fast as Qatar would like us to believe.

“In October 2017, Qatar introduced a temporary minimum salary of QR750 per month. It is less than the QR900 that the Nepali government has requested… Qatar risks falling behind on its promise to tackle widespread labour exploitation and abuse of migrant workers.”

The wealthy state has been criticised in the past after Amnesty International found at least 78 workers who struggled to eat as they couldn’t afford food.

It was understood in October last year some employees had gone without pay for months and were owed as much as £4,000.

In a statement from on what they label the Amnesty International Misleading Report, the Qatari government said the concerns highlighted are not tolerated by the state.

Fifa awarded the World Cup to Qatar in 2010 — a decision that has been mired in controversy ever since.

The charity said last year: “Some are being subjected to forced labor.

“They can’t change jobs, they can’t leave the country and they often wait months to get paid.

“Meanwhile, Fifa, its sponsors and the construction companies involved are set to make massive financial gains from the tournament.”

There have been reports of 1,200 deaths of workers, but organisers said there have been far less, and have the number at three, the Sun writes.