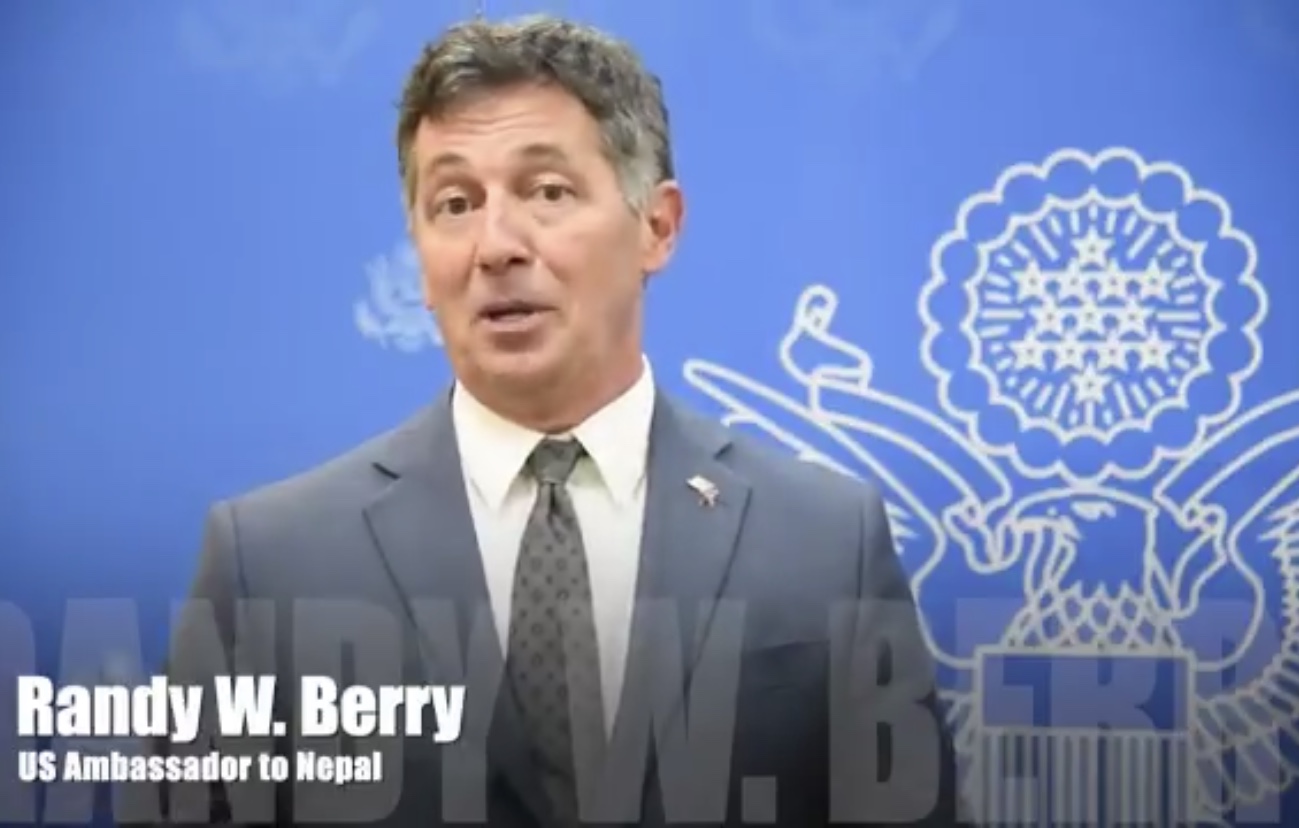 PTI(Kathmandu) : The Nepal government today took strong exception to the US envoy’s move to engage with Nepali people on a weekly basis through social media, saying it would only invite unnecessary controversy, according to a media report.

I really enjoy interacting with you all on social media, but I realized that I will probably never meet all 4 million of our @USEmbassyNepal social media followers…so I am beginning "राजदूतसँग गफगाफ" to hear from & answer questions from you all. Stay tuned! pic.twitter.com/AGUaxki9eq

In a video on embassy’s official Twitter and Facebook pages on Monday, US Ambassador to Nepal Randy Berry said he was starting a weekly series where he would hear and answer questions from around four million Nepalese following these social media handles.

Minister of Foreign Affairs Pradeep Kumar Gyawali said that such a move would only invite unnecessary controversy as there was no practice in Nepal in which ambassadors interacted with Nepali people on the social media.

“We think such kind of engagement is not needed. If the embassy has anything to say, it can directly talk to the government,” Mr Gyawali was quoted by The Himalayan Times.

The embassy’s Facebook post read, “What would you ask Ambassador Berry if you had the chance? We are letting random people ask random questions, and we will share those exchanges in a weekly video series called ‘GuffGaff with the Ambassador’. Stay tuned for our first video- new ones will be posted on Mondays!”

However, Berry’s initiative resulted in mixed reactions on the social media, with most observers stating that it was not in line with diplomatic norms and principles.

Former foreign secretary Madhu Raman Acharya wrote in a Twitter post, “Diplomatic activism of foreign ambassadors increases when the government does not sufficiently engage and brief them on the recent developments. So the rule is: keep them engaged or they will find themselves ways to be engaged!”

Clarifying its move, the US embassy said it was part of its public diplomacy.

“A core function of diplomacy is to engage with people, understand them and their priorities and build connections with them. We have been doing this in Nepal for 72 years; it is what diplomats do, it is who we are,” it said in a statement.