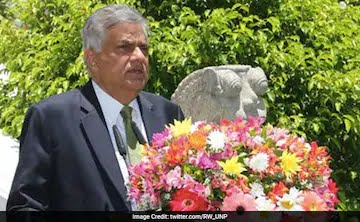 PTI(Colombo): Sri Lankan Prime Minister Ranil Wickremesinghe on Friday appealed to the international community to lift travel warnings issued after the Easter bombings, assuring that the security situation has improved in the country after the crackdown on Islamist groups and their networks.

During a meeting with the diplomatic community, the Prime Minister observed that the lives of the people were returning to normalcy while security arrangements were being implemented to its fullest extent.

Representatives of the country’s security apparatus had told the foreign envoys that the law would be enforced to its fullest extent on those who stir up incidents of extremism in the country, the Prime Minister’s office said in a statement.