Himalayan Travel Mart to be held from June 6 to 9 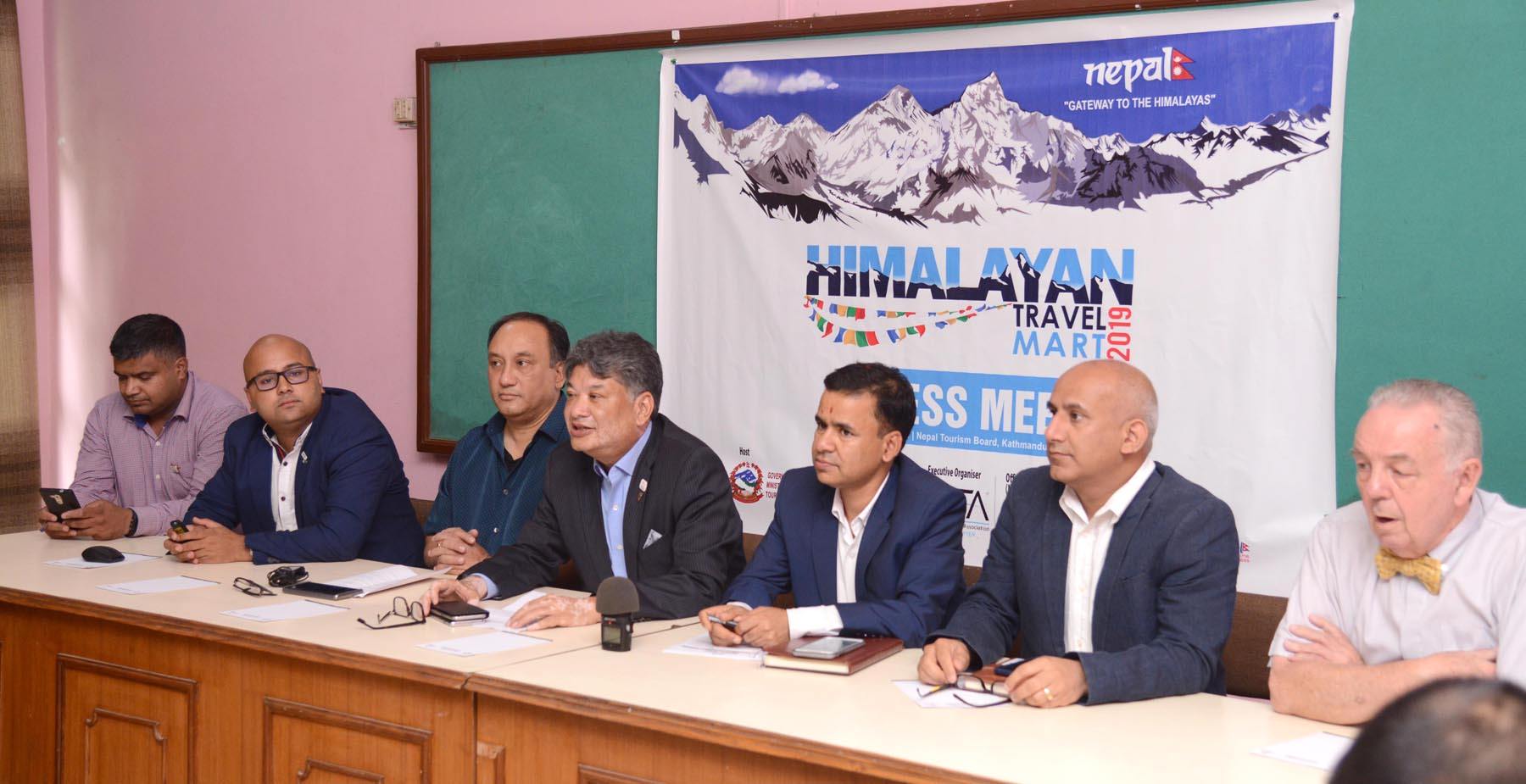 Kathmandu, June 3: The third edition of Himalayan Travel Mart is going to be held in Kathmandu from June 6 to 9 with an objective of establishing Nepal as the Himalayan entry point, organisers said.

At a press conference organised here on Monday, Pacific Asia Travel Association (PATA), Nepal chapter shared that all the preparations of the Mart have been completed. Domestic and foreign tourism entrepreneurs and experts will gather at the Mart.

Around 700 participants from 43 countries will participate in the Mart which is being organised at the Soaltee Crowne Plaza hotel.

The Mart is being organised annually since 2017. Chairperson of PATA Nepal chapter, Sunil Shakya, said the Mart is going to be organised with an objective of establishing Nepal as the Himalayan entry point and a destination of adventure tourism.

PATA Nepal chapter is organising the Mart in collaboration and cooperation of Ministry of Culture, Tourism and Civil Aviation, Nepal Tourism Board, Nepal Airlines Corporation, PATA and various other national and international organisations associated with tourism.