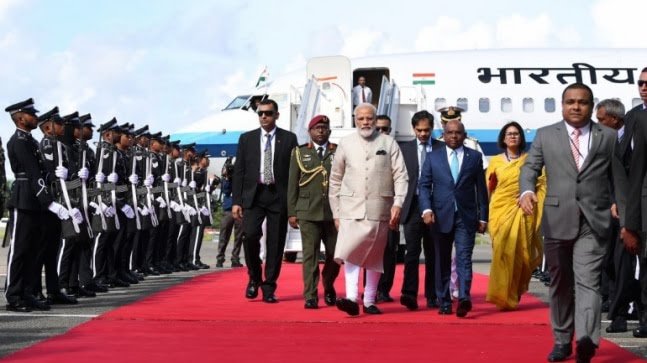 Male – – Indian Prime Minister Narendra Modi called for a global conference to tackle the threat of terrorism in the region and around the world.

He told the Maldivian Parliament in Male, during a speech on his first foreign visit since winning the re-election, that terrorism was not just a threat for a country but to the entire civilisation.

Modi called for a global conference so that there could be meaningful and result-oriented discussions for plugging the loopholes that terrorists and their supporters exploit.

This came after a wave of bombings on Easter Sunday that killed more than 250 people across Sri Lanka despite repeated warnings from Indian intelligence services about a militant plot.

India was pursuing what it called a “neighbourhood first” foreign policy centred on its allies in South Asia, although there was little sign of a warming in relations with arch-rival Pakistan.

During the visit, Modi signed a slew of agreements with the island nation encompassing ferry services, port terminals and a new national cricket stadium.

His next stop was Sri Lanka’s capital, Colombo, where security was likely to be high on the agenda.