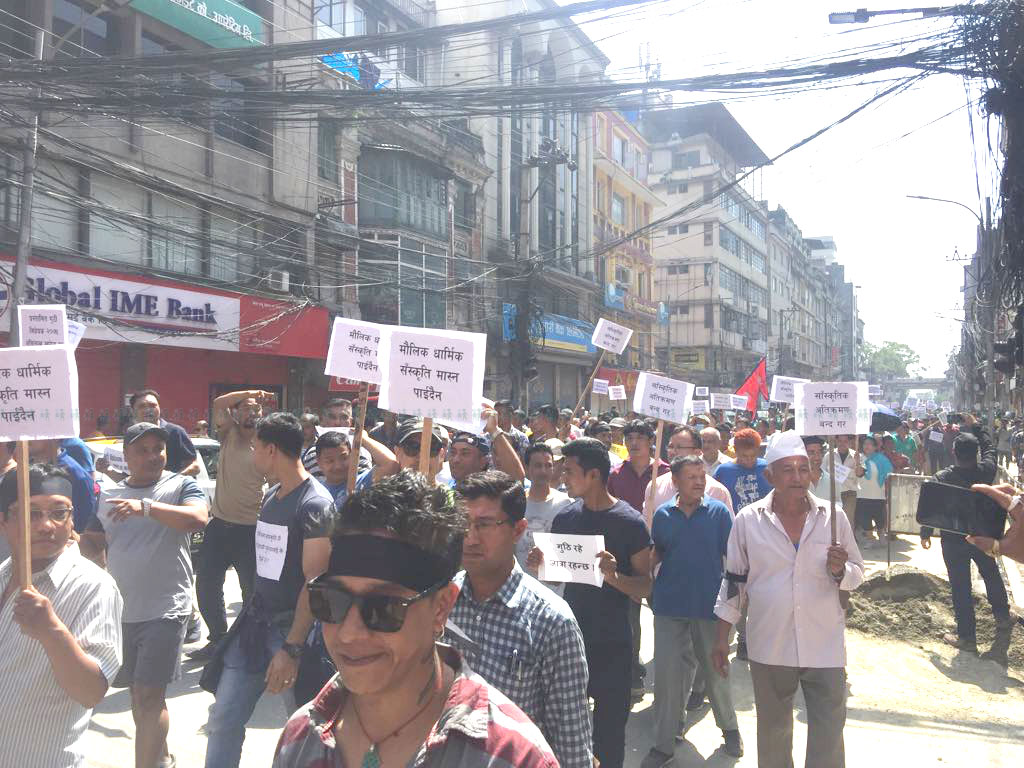 Kathmandu– Thousands of people belonging to the ethnic Newar community staged anti-government protests on Saturday, demanding withdrawal of a controversial bill, which they say has provisions in favour of land mafia and could jeopardise Sanatan Hindu culture and tradition.

Around 10,000 people from Newar community rallied in the major parts of the city Saturday morningraising slogans against the Oli government demanding that the government withdraw the Guthi bill from the Parliament, ANI news agency reported.

The K P Sharma Oli-led Communist Party government has tabled the bill in Parliament to amend the Guthi Act and nationalise both public and private guthis and regulate all religious sites under a powerful Authority.

Guthis are socio-economic institutions (Trusts), both public and private, that fund their obligations from incomes from cultivated or leased land assets. Depending on their obligations, guthis fulfil religious, public service or social roles and could either involve members from a common lineage, or several.

“Our Sanatan Dharma and culture could be jeopardised if the Bill, tabled by the Communist Party led government in Parliament, gets endorsed,” said Pavitra Bajracharya a Newar activist and central member of Federal Socialist Party Nepal, which is also part of the ruling coalition.

“The aim of the bill is to snatch the public and private land allocated for cultural trusts and distribute to others encroaching our age-old cultural heritage,” he said. 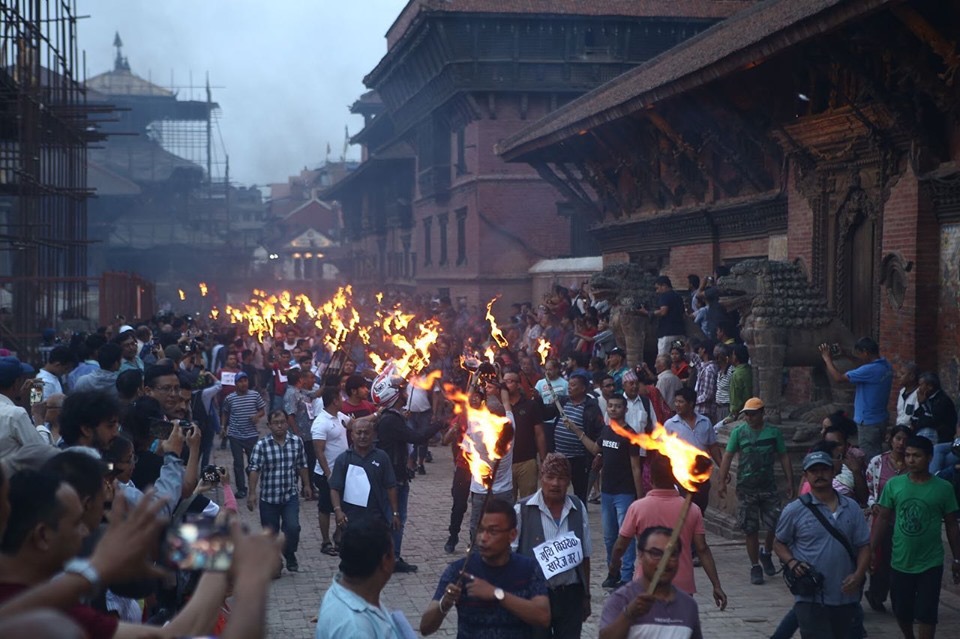 The organisers of the protest warn of intensified protest on Wednesday in all three cities of Kathmandu valley if the proposed bill is not withdrawn immediately.

Acting Prime Minister Ishwar Pokhrel has said there is room for amendment in the Bill after talking to stakeholders. He, however, warned that it was not appropriate to protest against the bill introduced by a popularly elected government.