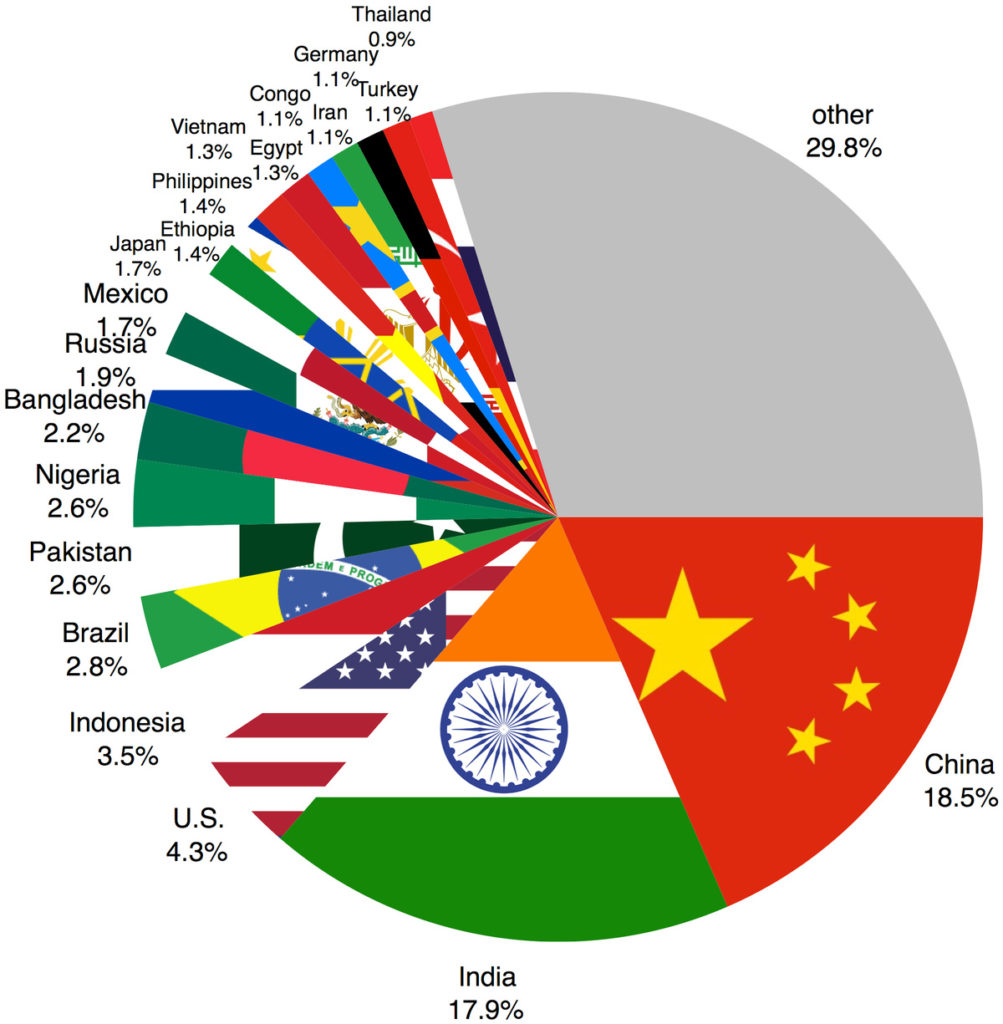 As per a United Nations report, released on Monday, India is expected to add nearly 273 million people between 2019 and 2050 and remain the most populated country through the end of the current century, India Today reported.

“India is expected to add nearly 273 million people between 2019 and 2050, while the population of Nigeria is projected to grow by 200 million. Together, these two countries could account for 23 per cent of the global population increase to 2050,” the report has said.

The 2017 world population report, released by the UN two years ago, had estimated that the population of India will surpass that of China’s by around 2024.

China, with 1.43 billion people in 2019, and India, with 1.37 billion, have long been the two most populous countries of the world, comprising 19 and 18 per cent, respectively, of the global total in 2019. They are followed by the United States of America.

The UN report ‘The World Population Prospects 2019’ added that the world’s population is expected to increase by two billion people in the next 30 years — from 7.7 billion currently to 9.7 billion in 2050.

The report said more than half of the projected increase in the global population up to 2050 will be concentrated in just nine countries, led by India and followed by Nigeria, Pakistan, Democratic Republic of the Congo, Ethiopia, Tanzania, Indonesia, Egypt and the US.