Pakistan to set up more than 1,000 courts dedicated to tackling violence against women - South Asia Time

Pakistan to set up more than 1,000 courts dedicated to tackling violence against women 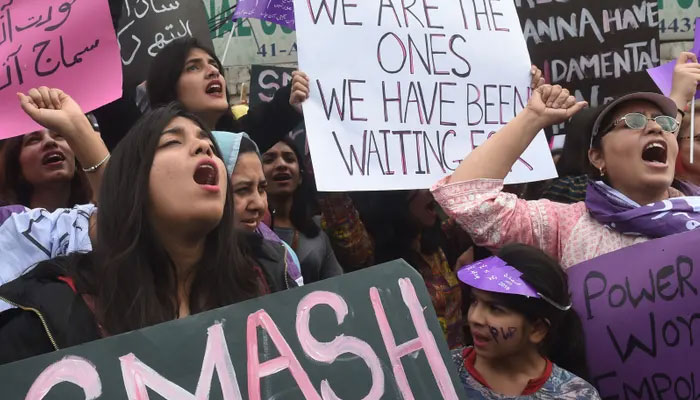 AFP, Islamabad — Pakistan´s top judge has vowed to set up more than 100 gender-based violence courts in the patriarchal country regularly ranked as among the most dangerous in the world for women.

Chief Justice Asif Saeed Khosa said the Supreme Court is “in the offing to set up 116 gender-based violence courts and also child courts in every district in Pakistan”.

The courts “will be designed to look entirely different both in their infrastructure and working than other courts,” he told judges in the capital Islamabad on Wednesday.

He offered no further details, and Supreme Court officials told AFP the plan is still being discussed.

Women have long fought for their rights in  Pakistan, where activists say men commit “pervasive” violence against them, often with impunity.

Justice is elusive in a sluggish court system advocates say is slanted against female victims.

Many cases of violence against women in rural areas are not reported to authorities and instead mediated by village councils, often in a manner that is punitive for women.

Setting up gender-based violence courts is a “first step”, said lawyer Benazir Jatoi — though she warned that without clear mechanisms and effective implementation it was too soon to celebrate.

Jatoi cited a violence against women centre that was briefly set up in the central city of Multan.

“The present government in its shortsighted understanding of continuity of effective programmes stopped the funding for the centre,” she told AFP.

“The newly-promised … courts should not meet the same fate.”