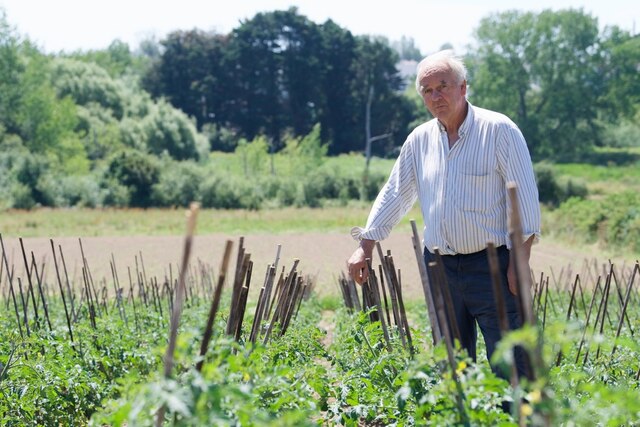 WORKERS from Nepal could be brought in as seasonal farm staff to address a possible shortfall in agricultural labour post-Brexit, the president of the Jersey Farmers’ Union from The UK has revealed.

Peter Le Maistre said that due to the uncertainty surrounding Brexit, discussions were taking place with relevant authorities in an effort to bring up to 130 Nepalese over to Jersey to help with agricultural tasks once the UK leaves the EU, Jersey evening post reported.

Mr Le Maistre said: ‘We are close to tying up contracts with at least one, if not two, countries from outside of Europe to bring in [130] seasonal agricultural staff for 2020.

‘As a starting point we’re happy with that because we’ve got to see how it works.’

And he confirmed: ‘Nepal is one of the countries we are looking at.’

However, he said that the recruitment of overseas workers was not a simple science: ‘There’s a heck of a lot of red tape to get people out of a country, almost as much – if not more – than to get them in here.’

Over the past two decades, Jersey has sourced the majority of its seasonal farm staff from Poland and other Eastern European countries.

Following an appeal from the JFU last year in reaction to the industrywide labour shortage caused by uncertainty over Brexit, a weak pound and Poland’s improving economy, Home Affairs changed immigration policy to allow in 130 additional seasonal workers – with limits on how long they could stay – for a trial period of two years.

However, in January, a major escalation of the tensions between Russia and Ukraine scuppered the JFU’s plan to bring in non-EU seasonal staff from the Ukraine to work on Island farms.

A declaration of martial law in that country before Christmas, following an altercation between the country’s navy and Russian forces off the coast of Crimea, prevented young men of military age seeking outside work.

Of the seasonal workers who have been brought in this year, he said ‘the number of returnee workers from Poland hasn’t been too bad.

‘We just about managed to get back the number of staff we wanted and we have seen bigger numbers [year on year] coming from Romania and a small number from Bulgaria.’

As for this year’s potato-growing season, he added: ‘I think this season is definitely going to be a better season for potatoes because last year was awful.

‘I expect that by the end of the season the figure for the exported tonnage of potatoes will be up compared to last year.’

*Following the 2015 Nepal earthquake, Jersey Side by Side donated £12,000 to help deal with the earthquake devastation and disease, and has since raised tens of thousands of pounds more.

*Shovakhar Kandel, the head of the Nepal branch of a global leprosy charity that works in tandem with Jersey Side by Side, first visited Jersey in 2015 to thank Islanders for their generosity in helping to fund its efforts to fight the disease.

*The Gurkhas are soldiers of Nepalese nationality recruited for the British Army. The Gurkha Welfare Trust Jersey was formed in 2014 in anticipation of celebrations marking the Brigade of Gurkhas’ 200 years of loyal service to the British Crown (1815-2015). It was formed by six ex-British Army officers in Jersey who have all served with the Gurkhas.

*The Gurkha Welfare Trust Jersey has hosted numerous events to raise money for several community and building projects in Nepal, including a ‘Conquer the Castle’ event at Mont Orgueil in 2016 and the Gurkha Memorial Walk, organised by Jersey historian and former soldier Frank Falle.  Source : Jersey evening post