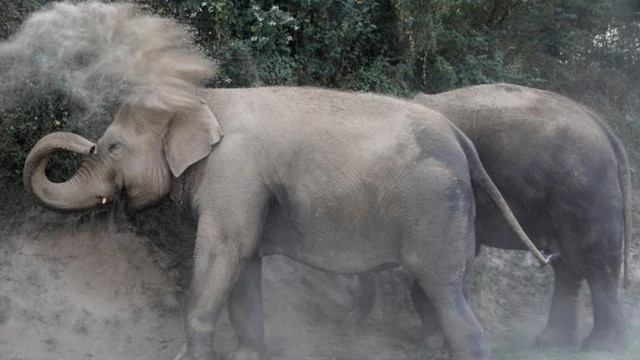 India’s open border with Nepal has led to some unexpected migrants coming over to this side.

Two wild elephants from Nepal, who lost their way and reached Uttar Pradesh, have become a menace in the region, the India today reported.

The havoc wreaked by the elephants is such that 150 experts from five states have been roped in by the Uttar Pradesh administration to help catch them.

In Bareilly, the Provincial Armed Constabulary (PAC) has been deployed in nearly half a dozen villages.

To catch the wily tuskers, five female elephants from the Dudhwa National Park have been put on patrol duty. The female elephants have been entrusted with the task of welcoming their Nepalese neighbours into their herd and taking them off to the jungle.

But all efforts to tame the beasts have failed so far.

In India since June 27, both the elephants have planted themselves in Rohilkhand, Bareilly. Whenever they leave their forest abode and enter civilisation, they cause chaos.

Who knew people from Pilibhit were just as animal-loving as their MP Maneka Gandhi? When the elephants made an appearance in the UP town on the border of Nepal, selfie enthusiasts went wild.

However, the elephants were having none of it. On their way from Pilibhit to Bareilly, the mammoths trampled three people.

Meanwhile, a forest official lost his life trying to trap the two animals.

According to forest officials, this is the first time the wild elephants have strayed from peaceful forests and so, get triggered by the din of urban, city life.

Now, Rajesh Pandey, DIG Bareilly Range, has deployed the PAC to prevent commonfolk from venturing out to see the not-so-common visitors.

DIG Rajesh Pandey told Aajtak.in that the forest department is fully supporting the police in their efforts in securing the region. As a result, the PAC has been stationed in the villages of western Fatehganj.

150 EXPERTS ADDRESS ELEPHANT IN THE ROOM

Faced with a mammoth task, the forest department has decided that tranquillisation is the only way to end the saga. Rajesh Pandey said that efforts are on to tranquilise the elephants once they near the highway as it will make their transportation easier.

Chief Conservator of Forests Lalit Verma said that experts from five states — Assam, Chhattisgarh, Uttarakhand, West Bengal and Rajasthan — have been called to aid the operation.