SAARC has the potential to transform South Asia : PBIF 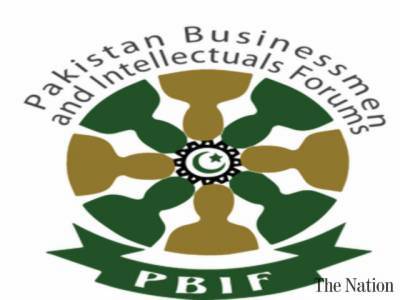 Karachi — President Pakistan Businessmen and Intellectuals Forum (PBIF), Mian Zahid Hussain has said that SAARC has the potential to transform South Asia, therefore, mutual mistrust and non-cooperation should not be allowed to undermine its potential, Business Record reported.

He said ineffectiveness of SAARC is dragging down the whole region and frustrating efforts to reduce poverty.

He noted with concern that tariff and non-tariff barriers by different countries has kept the level of integration low and cost of trade high which is contrary to the desire of people to have a peaceful, prosperous and secure future.

SAARC has been suffering from the Indian dream of regional dominance and its efforts to corner Pakistan, while trust deficit among the member states is having a negative impact on the economic cooperation and integration, he said.

He expressed that SAARC has always been dominated by political differences between India and Pakistan, barring the entire region from harnessing the benefits of a unified economy.

Mian Zahid Hussain said that the Army Chief General Qamar Javed Bajwa rightly said that Pakistan wants peace and integration in the region as it does not believe in zero-sum games.

He said that the CoAS has also pointed out that the countries cannot develop individually; it is the region which develops which indicates his desire for regional peace and prosperity. General Bajwa’s inclination must be taken seriously be all the member states of SAARC to climb the ladder of success as intra-regional trade accounts for about one percent of South Asia’s GDP, it accounts for almost 11pc of regional GDP in East Asia and the Pacific.

Compared to countries in East Asia, the average level of trade costs in South Asia is 20 percent higher; cost of trade between some South Asian economies is higher than the same country’s trading costs with Brazil.