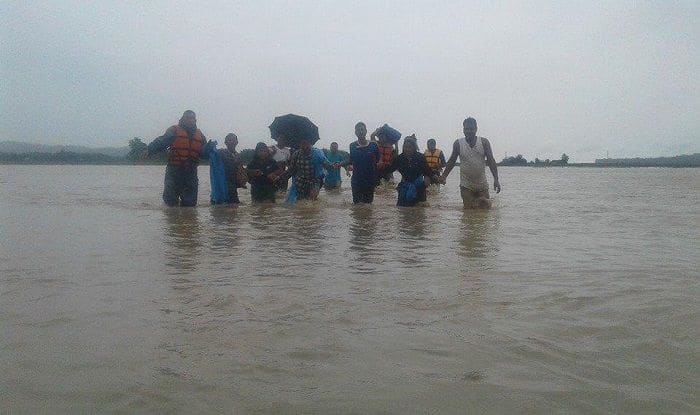 AP, KATHMANDU: Flooding and landslides triggered by heavy rainfall have killed at least 60 people in Nepal in the past few days, with more deaths reported across the border in India and Bangladesh, officials said Sunday.

At least 30 other people were missing in Nepal, either swept away by swollen rivers or buried by mudslides since monsoon rains began pounding the region on Friday, Nepal’s National Emergency Operation Center said.

The center said nine key highways remained blocked by floods and mudslides, and attempts were underway to open them up for traffic. Among them is the East-West Highway, which connects Nepal’s southern districts.

Other roads were being cleared by thousands of police and soldiers. Continuing bad weather has grounded helicopter rescue flights. Workers were also repairing fallen communication towers to restore phone lines.

Thirty people have been treated for injuries and more than 1,100 others rescued from flooded areas. More than 10,000 are estimated to have been displaced.

Nepal’s Department of Hydrology and Meteorology warned of more troubles ahead for the southern region near the main rivers, urging people to keep watch on rising water levels and move to higher ground when needed.

Rain-triggered floods, mudslides and lightning have left a trail of destruction in other parts of South Asia.

In Bangladesh, at least a dozen people, mostly farmers in rural areas, have been killed by lightning since Saturday as monsoon rains continue to batter parts of the low-lying country, according to officials and news reports.

Water Development Board official Rabiul Islam said about 40,000 people have been affected, mostly due to their homes being submerged underwater.

Bangladesh, a low-lying delta nation of 160 million people with more than 130 rivers, is prone to monsoon floods because of overflowing rivers and the heavy onrush of water from upstream India.

Assam’s Kaziranga National Park, home to the endangered one-horn rhinoceros, has been flooded.

Floods and mudslides have also hit some other northeast Indian states, including Meghalaya, Sikkim and Mizoram. In Mizoram, floods have submerged about 400 homes in the small town of Tlabung, police said.