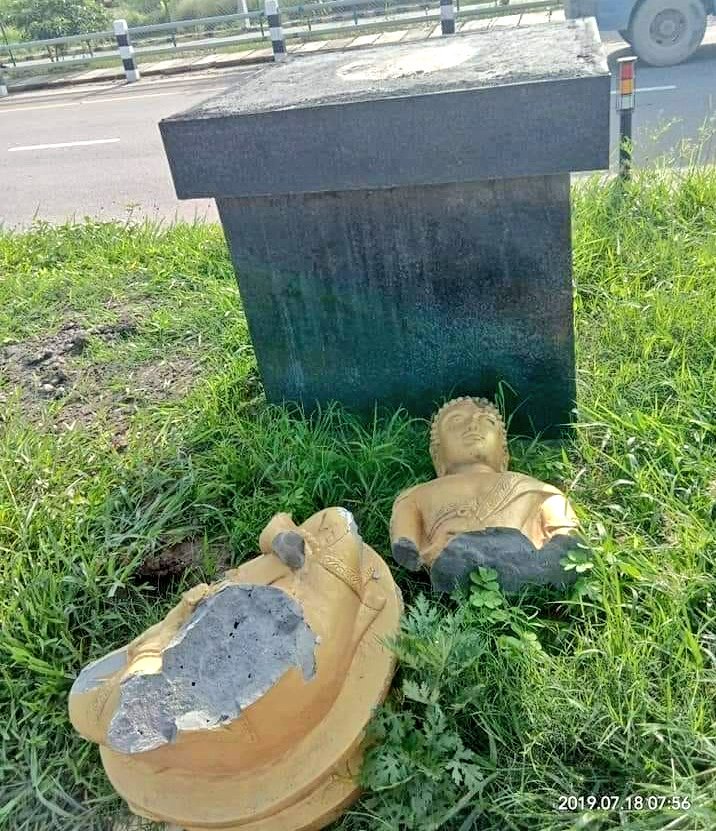 The incident occurred on Wednesday in Tilottama Municipality of Rupandehi district near Lumbini, 265 km from Kathmandu.

Some unknown people vandalised the statues along the road section adjoining Naya Mill near Shankar Chok, the police said.

The statues in sitting posture were constructed with cement, limestone and sand. Each of the statues weighed over 120 kg, they added.

The act of destruction was an attempt to damage the social and religious harmony in the area, according to local residents.

According to the mayor of the municipality, Bashudev Ghimire, authorities are probing the incident.

Lumbini is the Buddha’s birthplace, one of the world’s most important spiritual sites and attracts Buddhist pilgrims from around the world.