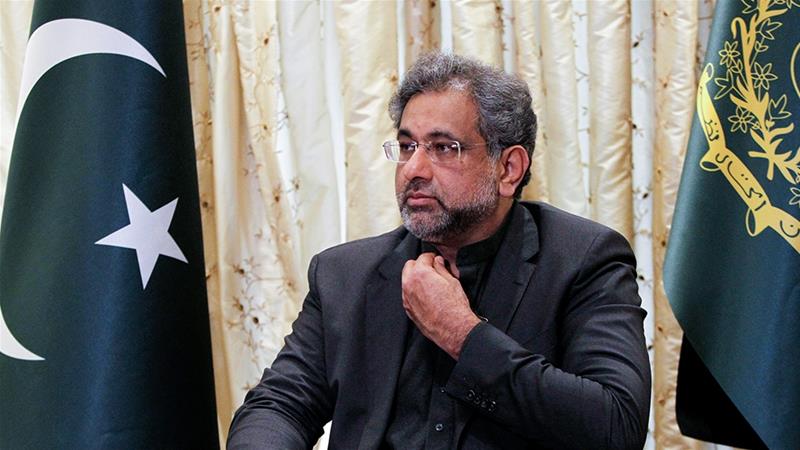 Islamabad– Former Pakistani Prime Minister Shahid Khaqan Abbasi has been arrested on corruption charges, according to an official from his Pakistan Muslim League (PML-N) party.

Abbasi was taken into police custody after his vehicle was stopped on entry to the eastern city of Lahore on Thursday, PML-N Secretary-General Ahsan Iqbal said, with officials presenting a copy of a warrant of arrest signed by the chairman of the National Accountability Bureau, Pakistan‘s anti-corruption watchdog, Aljazeera reported.

Abbasi is the latest high-profile member of the opposition PML-N party to be arrested in Prime Minister Imran Khan’s “accountability” drive.

The former leader is accused of corrupt practices in the signing of Liquified Natural Gas (LNG) contracts during his year in office as prime minister between 2017 and 2018.

He took office after PML-N chief Nawaz Sharif, a three-time former prime minister, was dismissed from office by the Supreme Court. He was convicted and sentenced to 10 years in prison on corruption charges a year later.

Sharif’s brother, Shehbaz Sharif, the former chief minister of Punjab province, was also arrested in October on corruption charges, and other family members have been held on similar charges.

Other party leaders, including Iqbal, have been charged with corrupt practices in the so-called accountability drive. PML-N and other officials claim the campaign was being selectively applied to political opponents.

Nawaz shared a video that she claimed showed the anti-corruption judge who convicted her father, confessing to being “blackmailed” into the verdict.

The judge has denied the authenticity of the video and was suspended from his post shortly after.