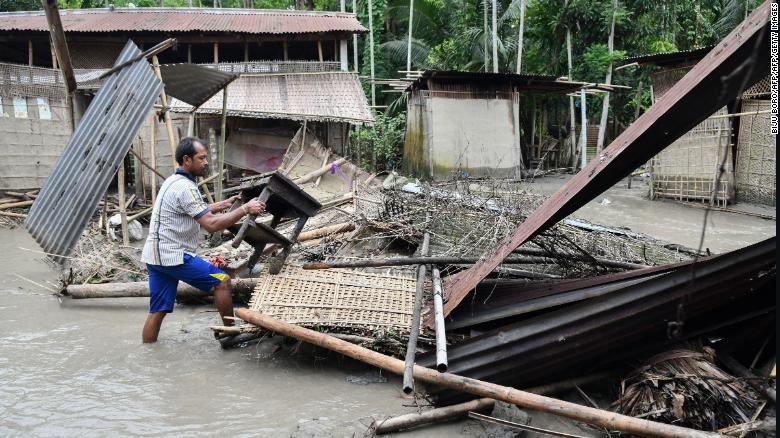 IANS–The recent floods in Nepal have caused extensive destruction and caused the deaths of at least 90 people. For rehabilitation and reconstruction, officials have estimated that around Rs 220 million will be needed.

The floods and landslides caused massive destruction especially in eastern parts of the country in the second week of July and according to initial estimates of the Department of Roads, the cost of recovery of structures and rehabilitation will be around Rs 220 million, The Kathmandu Post reported on Monday.

Disasters triggered by incessant rains damaged more than 50 roads and bridges. “As the rainy season continues, we can expect more damage to infrastructure in the days to come,” said Shiva Hari Sapkota, spokesperson for the Department of Roads.

“There has not been much rainfall in western parts of the country but we must be prepared for potential damages in the region too once rain starts to pour in,” he added.

Since several highways and roads are in a bad condition, the department said there is a risk of accidents if the vehicular movement is allowed without repair and maintenance.

Every monsoon, roads, and bridges in the country are damaged by floods and landslides. However, experts said such damages could be reduced if the infrastructure is built after proper study of the flood-prone areas.

The Road Department spends Rs 4-5 billion on the maintenance of roads and bridges every year, The Kathmandu Post reported.