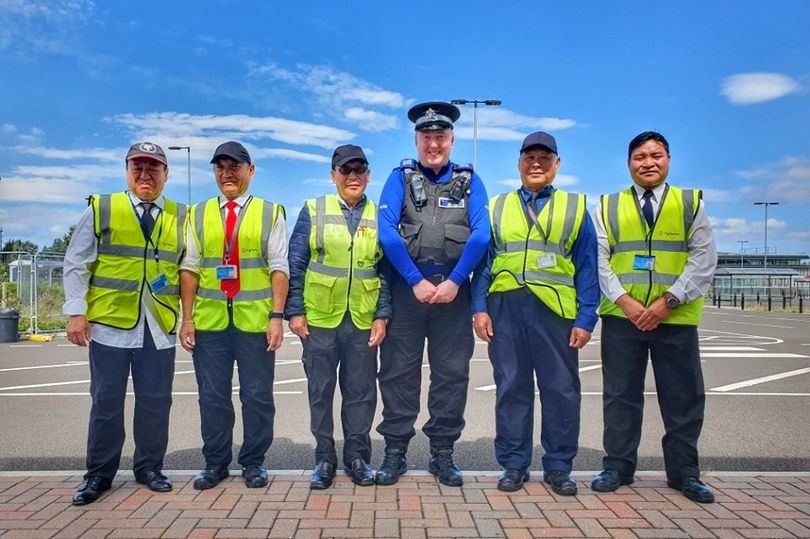 London –Thugs attacked caretakers at the empty supermarket on Heath Road in Middlehaven in Middlesborough, Cleveland Police confirmed. The racist yobs shouted: “Chinese go home, you are not wanted.” The victims, however, are from Nepal an forget for the British Army as Gurkha soldiers, The Express has reported.

Hero Gurkhas were injured by an onslaught of heavy rocks hurled by a gang of racist yobs.

Youths sent rocks and glass bottles flying towards caretakers at the empty Sainsbury’s store on Heath Road, and shouted: “Chinese go home, you are not wanted”.

Cleveland Police found out the men are in fact originally from Nepal and had joined the British Army as Gurkha soldiers.

After fighting for Britain and travelling the world these men are now British citizens working at Middlesbrough’s Gateway Retail Park .

PCSO Zoe Price said: “There is a sense of pride in having Gurkhas working with us, but we also want to have pride in our local area and remind people that nobody goes to work to be abused and injured, Teesside live reported.

“As soon as local officers realised the gravity of the situation we were able to make a difference by working with these men and with local children and young people.

“I’d urge parents and carers to be aware of where your children are – for their safety and that of the local community.

“This situation could have ended so very badly but by talking to us, these men have seen their circumstances change for the better.

“ Middlesbrough Neighbourhood Police Team will deal firmly with anyone involved in this kind of behaviour.”

Police increased their presence and once some of the young people had been identified, they carried out home visits to inform their parents about what their children had been doing.

One parent found out during a home visit that her son had been involved and took him to apologise to the men, assuring them that he would not be back.

Local officers continue to check the site, and incidents have drastically reduced.

If you witness it recurring or have any information then please call 101 and ask for PCSO James Elford and PCSO Zoe Price, The Gazettelive reports.