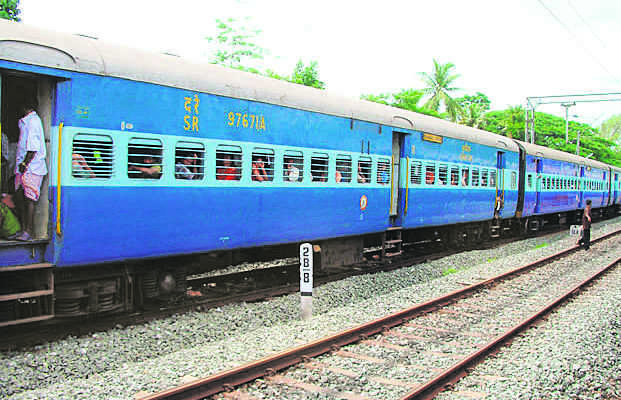 There has been a flood of commentary in the Indian media on China’s enhanced engagement with
Nepal in recent years. Beijing’s commitment to build a railway link to Kathmandu has become the symbol of this new dynamic. But while many in New Delhi may think this is a done deal, the truth is more complicated.

Nepal’s Prime Minister, KP Oli, is not a man to be modest in his claims and promises. In a public speech on June 3, 2018, just before a visit to China, he stated, “While the Indian rail would take four years to materialise, a metro rail by China would reach Kathmandu within three years.” Clearly, his top priority on the trip was to get an absolute commitment from China to build the railway. On his return, there was a striking difference in tone. A newspaper article on June 24, 2018, significantly headed, “PM Oli applies brakes on his railway dream”, quoted him as saying, “Materialising rail is not like waving a magic wand.”

The reasons for his uncharacteristic restraint soon became clear. Following an agreement signed during his visit, the China Railway First Survey and Design Institute conducted a month-long technical study of the proposed 121-km railway from Kathmandu to Kyirong. The Chinese invited the Nepal side to come to the north central city of Xi’an on August 21 to be briefed on the technical results of the study, but key details had already appeared in The Kathmandu Post on August 16. The essence was that both governments would have to consider very significant technical and financial hurdles before even considering finalising the project.

The Chinese report highlighted many high technical risks. Engineers would need to build ramps along the northern and southern slopes leading to Lake Paiku, near Kyriong, to connect the tracks to the Kathmandu section to overcome the huge difference in elevation between the southern and northern edges of the Himalaya.

The Kathmandu section of the railway is in the “collision and splicing zone” along the Eurasian Plate, presenting six major geological problems. First, the hard rock burst and the large deformation of soft rocks would cause extremely high stress. Second, the problems associated with the fault effects of the deep, active fractures lying in high-intensity seismic areas. The level of seismic activities could present problems with high ground temperatures, slope stability, debris and water erosion.

Given that depressing assessment, Nepal understandably took heart from an annex attached to the Joint Communique of the Leaders’ Roundtable of the Second Belt and Road Forum for International Cooperation signed on April 27, 2019. The Annex was not mentioned in the text but, in a list under a heading of, “Economic corridors and other projects catalysed and supported by connectivity”. It included, “The Nepal-China Trans-Himalayan Multi-dimensional Connectivity Network, including Nepal-China cross-border railway.” Also listed were such grandiose projects as the “New Eurasian Land Bridge” and “North-South Passage Cairo-Cape Town Passway”.

There was, therefore, understandable optimism about a meeting in Beijing on June 19-20, held, as Nepal thought, to finalise the Detailed Project Report [DPR] and to get agreement from China to pay for it. But this concluded without any discussion of the DPR. An article in Republica, dated June 21, 2019, under the heading of “China seeks clarity on 5 points ahead of DPR”, reported the detail of what must have been a disappointing outcome for Nepal.

First, Chinese officials asked Nepal to meet the standards set by the pre-feasibility study, and pointed to the need for further technical study of the report which China had passed to Nepal. They also asked for preparations to be made to tackle the engineering challenges that may arise, and for an in-depth study on minimising possible geological disasters. The fourth concern was on measures to be taken to ensure the security of the railway and, finally, officials pointed out the need for a scientific study to minimise the ecological impacts in the affected areas.

None of these issues are easy. A proper investigation of the engineering challenges, geological disaster potential and environmental impact, along such a long corridor that, in effect, is a transect across the Himalayas, will be a large, complex and costly piece of work.

My view is that China could build this rail link but it would be very high risk and require a vast commitment of money, men and resources over many years [nine has been talked about], and for what economic benefit?

In sum, on this emotive, costly and complex project, it would be wise to wait and see if China has the will to make it happen. Nepal will continue to push hard, but I can envisage China playing a long game.

Sam Cowan is a retired British army four star general, and a former head of Britain’s Brigade of Gurkhas. He is the author of “Essays on Nepal: Past and Present”

The views expressed are personal.

The article was originally published in Hindustan Times.