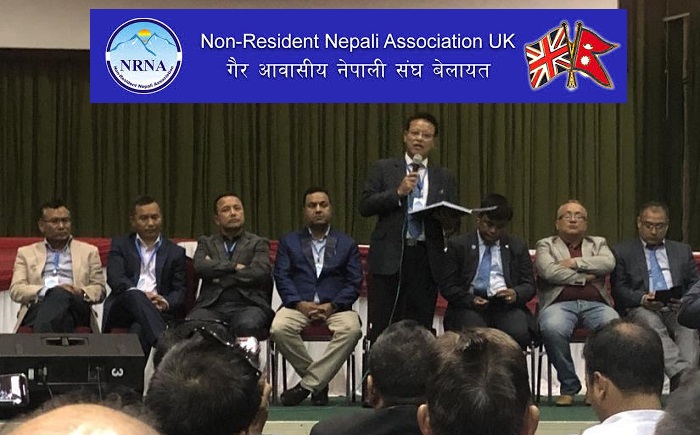 According to the President of NRNA UK, Yog Kumar Phagami, a total of 13,853 Non-Resident Nepalis (also known as NRNs) have applied for the membership.

The last date of application for the membership of the NRNA UK was 31st July 2019.

The NRNA has its chapters (known as National Coordination Councils or NCCs)  in 80 countries around the world.

NRNA UK has thus become the chapter with the largest number of members.

In terms of membership, the second-largest NRNA chapter is NRNA Australia that has got 11,616 members. Similarly, NRNA NCC US has become the third-largest chapter with 9,218 members.

The surge in the membership for the NRNA UK came in the wake of elections to choose a new executive committee. The election for the NRNA NCC UK is taking place on 14 September 2019.

The election for the NRNA NCC US and NCC Australia have already taken place.

“I am really enthused to see that an increasing number of Nepali diaspora joining the bandwagon of the NRNA,” said Kul Acharya, Vice President of the NRNA International Coordination Council. “The challenge now is to elect an inclusive and dynamic leadership for the NRNA ICC in October this year.”

The 9th global conference and meeting of the NRNA, being held in Kathmandu during 13-16 October 2019, will choose new leadership for the NRNA ICC for the next two years.

Meanwhile, a meeting of the executive committee of the NRNA UK on Sunday has formed an Election Committee under the chairmanship of Major (Retired) Damer Ghale, OBE. Major Ghale is also chief patron of the NRNA UK.

“It is great to know about the encouraging participation of the Nepali community in the NRNA UK. Our team is committed to hold the elections in a free and fair manner without any bias,” Mr. Ghale said.