Pakistan is about to ban single-use plastic bags 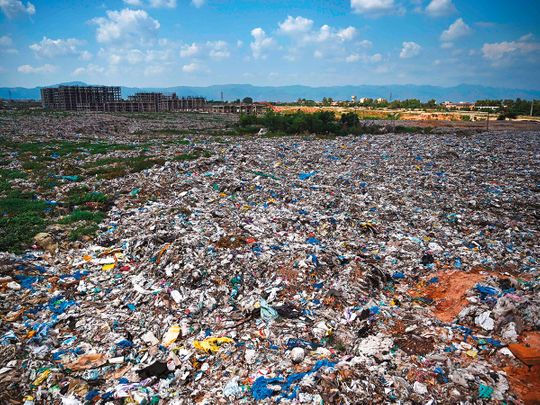 ISLAMABAD: Each time someone in Pakistan runs out to the store for a carton of milk, 200g of loose sugar or an after-school snack, it comes in a flimsy plastic bag that usually gets thrown away, Gulf news reported.

If all those bags are added up, officials estimate, they total 55 billion a year. Easily torn and too weak to use again, they end up clogging city drains and sewers, piled up in vacant lots and parks, ingested by grazing goats and dogs foraging for food, and polluting canals and streams.

Now the government is about to take a drastic first step toward eliminating this public eyesore and environmental hazard. Beginning Wednesday, all single-use polythene bags will be banned in the capital region of about 1.5 million people. Anyone who uses, sells or manufactures them will face a fine.

“This is something we have to do. You cannot burn, bury, reuse or recycle these bags,” said Malik Ameen Aslam, a senior official at the Ministry of Climate Change, which is spearheading the effort. “The health of 200 million people is at stake.”

The ban is the latest project in Prime Minister Imran Khan’s green initiative, which began last year with a campaign to plant 10 billion trees to fight deforestation. It also follows similar actions in other developing countries, such as Kenya and Tanzania, where discarded plastic has become a noxious scourge. Today, more than 40 countries have either banned or taxed single-use plastic bags.