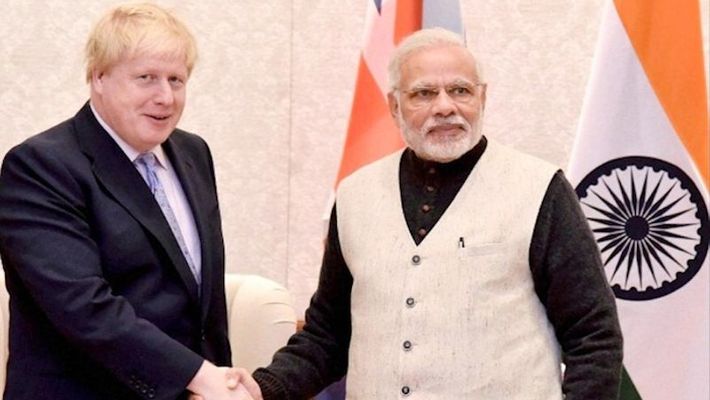 ANI–British Prime Minister Boris Johnson has “regretted” the recent incident of violence outside the Indian High Commission in London and assured that all necessary steps will be taken to ensure the safety and security of the embassy, its personnel, and visitors.

The said remark was made by Boris Johnson during his telephonic conversation with Prime Minister Narendra Modi on Tuesday, a government statement read.

The anti-Indian protests, which were held in the aftermath of the abrogation of Article 370, had witnessed despicable scenes of the Pakistani side throwing eggs and stones on the Indian diaspora which had gathered outside the embassy to celebrate the Independence Day. Four people were arrested in connection with the incident by the London police.

During the conversation, the Prime Minister raised the issue of terror and called for “effective steps to ward off the threats posed by radicalisation, violence and intolerance.”

The matter was raised in the light of numerous reports suggesting that Pakistan’s Inter-Services Intelligence (ISI) is using certain groups based in the UK to radicalise Sikh youths and collect funds for terrorist activities in India. New Delhi has in the past too raised the issue of UK increasingly becoming a centre of anti-Indian activities and stressed on the need for cooperation between the two counties to counter-terrorism.

Speaking on the current situation in Kashmir, Boris Johnson made it clear that the UK sees the issue as a bilateral matter between Indian and Pakistan and underlined the importance of resolving it through dialogue.

In addition, the two sides agreed on the importance of the partnership and the need to build on it further, particularly through trade and economic ties and through the “living bridge that links our countries”.