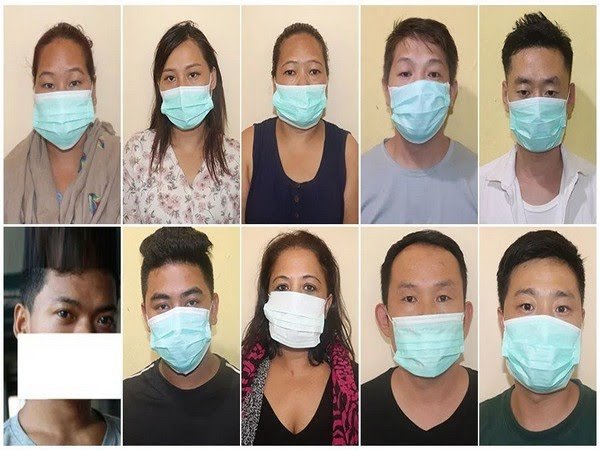 Kathmandu [Nepal], (ANI): The Anti-Human Trafficking Bureau of Nepal Police on Saturday arrested 10 people including four Chinese nationals for allegedly running a bride trafficking racket.
The four Chinese nationals were arrested from Tribhuwan International Airport in Kathmandu. They were Zhen Xianjdong, Zhang Donghui, Quan Zhan Peng and Qin Liyang of China’s Hubei province.
The remaining Nepali operatives were identified as Rina Tamang Bibirani, Parbati Gurung, Amrita Gurung, Usha Ghimire, Roj Tamang and Bharat Tamang, Senior Superintendent of Police Ishwar Babu Karki said.
“They were involved in trafficking Nepali girls and women to China as brides,” he said.
“At first, we arrested two Chinese — Quan and Qin with two Nepali brides from the Tribhuwan International Airport on Wednesday as suspicion grew over them. We later came to know about the racket. We arrested the eight others and rescued five victims,” Karki added.
The Nepali operatives working for the Chinese used to lure girls and women from remote parts of Nepal with the promise of providing lucrative jobs in China.
This comes as a part of “bride-buying practice” which is prevalent in some parts of China where the married females from Nepal are re-sold as personal property to others by their own “groom”.
Chinese grooms paid one million rupees to the Nepali operatives for arranging a bride who should be uneducated and hailing from a financially backward family, but should be good looking and unsuspecting, police said.
Girls and women who fell prey to the trafficking racket hailed from Kaski, Chitwan, Sunsari and Lamjung districts.
One of the Nepali operatives had rented a house in Tokha to train the victims to become ‘perfect brides’ for Chinese men, police said.
The grooms were provided with an opportunity to have a video chat with their ‘prospective brides’ before preparing fake marriage documents.
The police have seized 12 mobile phones, 2.2 million Nepali rupees and other foreign currencies. (ANI)