Hamza can be first British-Asian to play for England, says Michael Chopra 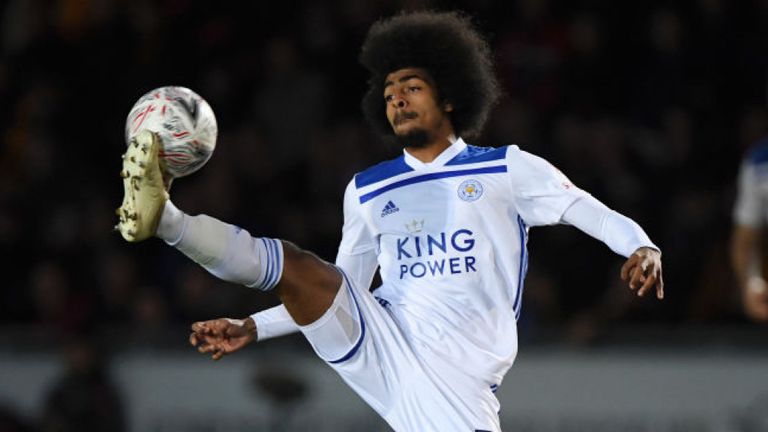 London — Hamza Choudhury is in pole position to become the first British-Asian to play for England, according to Michael Chopra, Sky Sports reported.

The ball-winning midfielder was on the fringes of Leicester’s squad under Claudio Ranieri before making his Premier League debut during Claude Puel’s 14-month tenure following a successful loan spell at Burton.

Choudhury, who is of mixed Bangladeshi and Caribbean heritage, was used sparingly by Brendan Rodgers in the first few months of his reign but has now established himself as a mainstay in Leicester’s midfield, alongside Wilfred Ndidi.

ormer Newcastle striker Chopra remains one of the most recognisable British-Asian players of the Premier League era and the ex-England U21 international believes big things are in the offing for Choudhury, as well as Swansea’s Yan Dhanda.

“If you look at the boy at Leicester, Choudhury, I think he is the only one at this moment in time who has got a chance [of earning an England call up in the near future],” Chopra told Sky Sports News.

“He’s playing in the Premier League as a young boy but you’ve also got the boy at Swansea, Yan Dhanda.

Hamza Choudhury has steadily grown in confidence and reliability since I watched him make his Leicester debut two years ago. He is hugely well-respected and liked within the Leicester squad, and Brendan Rodgers sees him as an important asset going forward.

His performances on the international stage with England U21s have been equally impressive. He was one of the few players to come out of the summer’s U21 Euros with real credit, and I know Aidy Boothroyd feels if he continues to progress as he has so far, he will be a key player for both the junior team and (eventually) the senior team in due course.